US Ambassador to India Timothy J Roemer arrived in Srinagar on Thursday afternoon on a two-day visit 'to engage and listen to the people and connect with the youth of the state'.

This is Roemer's second visit to Jammu and Kashmir within six months.

A statement issued by the US embassy in Srinagar on the visit said, "In September, ambassador Roemer visited Leh to deliver Rs 2.3 million worth of relief supplies to 400 rural families affected by the flash flood."

During his visit, 'the ambassador is interacting with a cross-section of leaders, students, and youth who are the future of the state'.

"I want to engage with the people of Jammu and Kashmir just as I do with the people everywhere else in India. The youth are the leaders of tomorrow who will shape the destiny of the state. I want to talk to them about their hopes and their aspirations for themselves and their community," the US ambassador said.

"I do this everywhere I travel --

it is part of my job to talk and listen to people from all walks of life in all regions of the country. I talk to people from all backgrounds and ethnic groups, to better understand the environment I work in and to better perform my job as America's ambassador to India," Ambassador Roemer added.

On Thursday, Roemer met Jammu and Kashmir Chief Minister Omar Abdullah in Jammu after which he flew to Srinagar where he paid his respects at the historic Hazratbal mosque, the statement said.

Ambassador Roemer will interact with students at a local Srinagar school on Friday.

"As President Barack Obama and Prime Minister Manmohan Singh have said, education is an essential part of the strategic dialogue between the United States and India. The cumulative experiences of those Indians and Americans who have had the opportunity to study in the others' country are facilitating this partnership today in every field," the statement said.
Mukhtar Ahmad in Srinagar
Related News: Roemer met Jammu, J Roemer, India Timothy, Kashmir, Barack Obama
Print this article 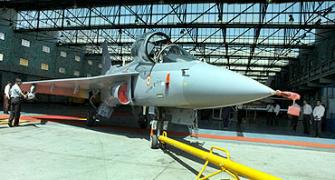 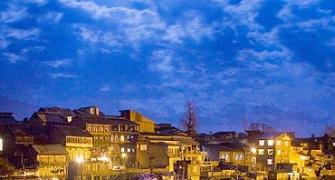 A piece of Kashmir in suburban Mumbai

US, India differ on info sharing prior to 26/11