Congress leaders from Telangana will hold a crucial meeting with Prime Minister Manmohan Singh on Thursday.

The party high command has facilitated this meeting between the prime minister and the Congress MPs and MLAs from Telangana who have given June 30 as the deadline for the formation of a separate state. If the deadline is missed, they will either leave the party or go on a strong agitation

One of the leaders informed that they will appraise Dr Singh about the urgency of the matter. The leaders have made it clear that the Congress is on a backfoot in Andhra Pradesh and declaring Telangana is the only option to save face.

Even during last month's meeting with the high command, the Congress leaders from Telangana had made it clear that there is no option but to carve out a Telangana state.

They had said that with Jagan Mohan Reddy (former state Congress CM YS Rajasekhara Reddy's son) riding the popularity wave, they are expecting losses in Andhra and Rayalseema.

Congress leaders from the region say they are unable to face the people in their constituency.

During the meeting with Dr Singh another crucial point that will be raised will be with regard to the rule that locals cannot obtain reservation for jobs in the police department in Hyderabad.

The rule states that only people from outside Hyderabad can avail of the benefit to seek reservation in the police force in Hyderabad.

The Telangana leaders had raised a hue and cry over this, stating that people from outside Telangana were stealing their jobs. This matter, which had been debated in the state assembly, will now be a subject matter of discussion with the prime minister. 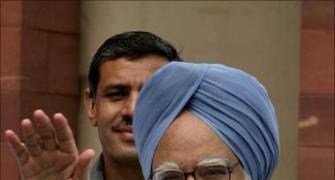 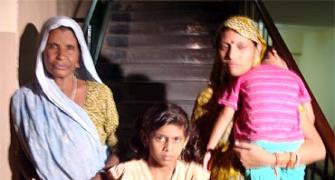 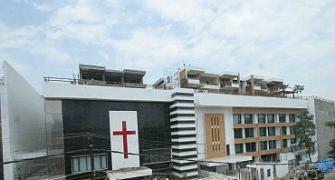