The Shiv Sena on Wednesday taunted the Bharatiya Janata Party for the 'sacrifice' of giving the chief minister's post in Bihar to a party which stood third, while denying the same to the Sena after Maharashtra elections last year. 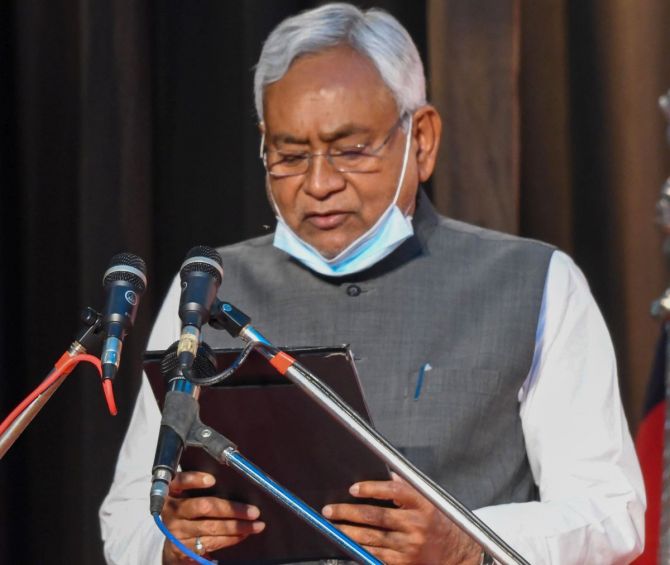 An editorial in Sena mouthpiece Saamana also wondered how long Bihar Chief Minister Nitish Kumar will hold ground under the 'burden of favour' and if he will take a new route.

In the recently concluded Bihar polls, the BJP bagged 74 seats, while its ally Janata Dal-United won 43.

The Rashtriya Janata Dal emerged as the single largest party with 75 seats in the 243-member assembly.

After the assembly polls in Maharashtra last year, the BJP won 105 seats, while its then ally Shiv Sena bagged 56.

The Uddhav Thackeray-led Shiv Sena later joined hands with the Nationalist Congress Party and Congress to form government in Maharashtra.

'There will be shortage of ink to describe this sacrifice in politics,' the Saamana editorial said.

It said BJP leaders like Chandrakant Patil and Maharashtra Governor Bhagat Singh Koshyari are of the view that the state is being run by NCP chief Sharad Pawar.

'All these (leaders) should keep an eye on who exactly will run Nitish Kumars government in Bihar now on,' it said. 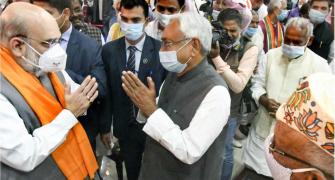 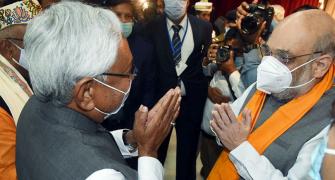