The housing minister, on the other hand, submitted a sealed envelope containing his allegations to the state Election Commission and sought a meeting with the full bench of the EC, which will arrive in Kolkata on April 28. While the Calcutta high court admitted the plaint seeking damages of Rs 15 crore, a city court issued summons on Deb to appear before it on May 26.

At the high court, the plaint was presented before Justice Sanjib Bhattacharya, who admitted the suit praying for Rs 15 crore, Roy's counsel Bipul Kundalia said. The plaint will be served on Deb, the Union minister of state for shipping, who would be required to reply to it following which the process would start, he said.

In the criminal defamation case, Chief Metropolitan Magistrate of Bankshall court Rabiranjan Chatterjee took cognisance of the complaint by Roy and issued summons against Deb asking him to appear before it on May 26.

Deb, the Left Front's star campaigner, had alleged in television interviews and election meetings since April 16 that Trinamool was channelising black money for election expenses for the ongoing assembly polls in West Bengal, according to the petition.

The petition claimed that the allegations were baseless and without any proof whatsoever and that it was a vilification campaign against Trinamool Congress by Deb. Meanwhile, Chief Electoral Officer Sunil Gupta told reporters after the minister met him, "Deb has given some confidential documents in a sealed envelop which we will be sending to the EC, which will take a final decision."

On Deb's request for a meeting with the full bench of the EC, Gupta said, "We have told him to apply to the chief election commissioner through his secretary. If he gives permission then we will definitely give him some time."

He, however, added, "It is not the duty of the EC to look into the source of the money. We will only monitor the expenditure part. We have sent the complaint also to the income tax department and they will see if there is any disparity between the income and expenditure."

Deb demanded that the EC should have taken suo moto cognisance and investigated the allegation of black money used by Trinamool Congress to fund its election campaign.  "I have met the CEO and given him some evidence in support of my complaint. I have also informed him that I am ready to meet the EC full bench," Deb said.
Source: PTI© Copyright 2022 PTI. All rights reserved. Republication or redistribution of PTI content, including by framing or similar means, is expressly prohibited without the prior written consent.
Related News: Gautam Deb, Election Commission, Mukul Roy, Gupta, West Bengal
Print this article 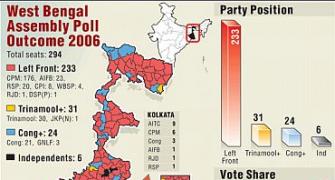 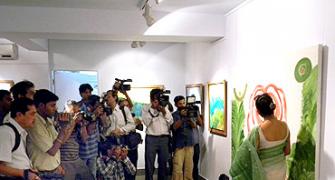 Will he be the change West Bengal seeks? 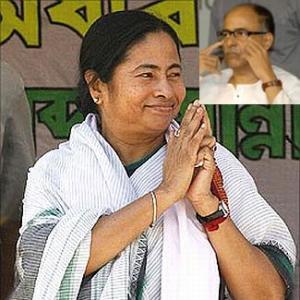 'This should be the toughest election for the Left'