In a show of bravery, a police constable carried two children on his shoulders for over 1.5 kilometres to rescue them from the floodwaters in Kalyanpur village of Morbi district in Gujarat.

Pruthviraj Jadeja, the policeman, braved fierce current floodwaters and strong winds to save the children. The cop also earned the praise of Chief Minister Vijay Rupani who shared the video and lauded the officer on Twitter.

"A man in uniform on duty!! Police constable Shri Pruthvirajsinh Jadeja is one of the many examples of hard work, determination and dedication of government official, executing duties in the adverse situation. Do appreciate their commitment," he tweeted.

Twitter users showered their love and respect for the policeman with some urging the government to raise salaries of the cops.

"This took my heart away! @PMOIndia please let's give better salaries, better facilities, a much better life than they really deserve... to all our police forces, Army, Navy, Air Force and their families too !! It’s the highest honour to serve the nation n let it be so!" a user wrote.

Some of them also questioned the government for not providing necessary equipment to the personnel carrying out rescue and relief operations in the flood-affected state.

A user said: "While the police officer's action is praiseworthy, the fact that he had to rescue those kids on foot betrays lack of technological preparedness of our administration. Sir, please invest more on the rescue equipment instead of always depending on such bravehearts."

Several parts of Gujarat are reeling under flood caused by incessant rains. 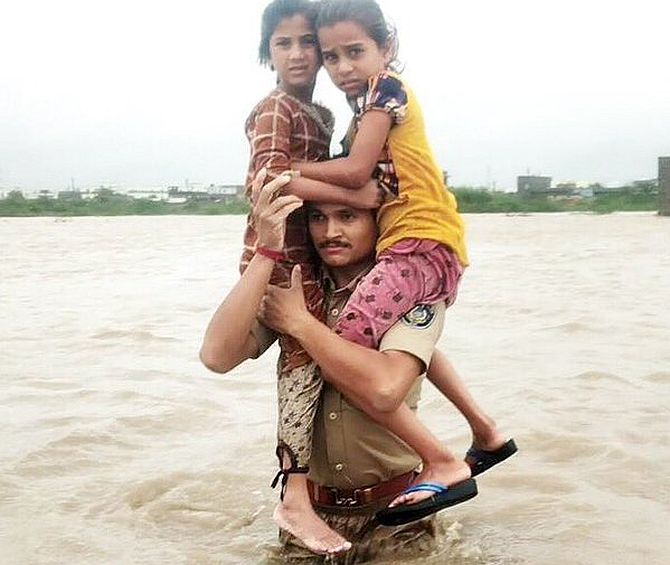 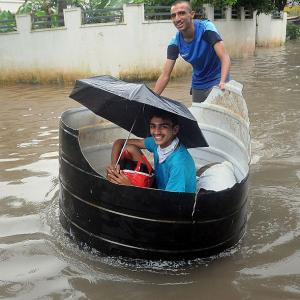 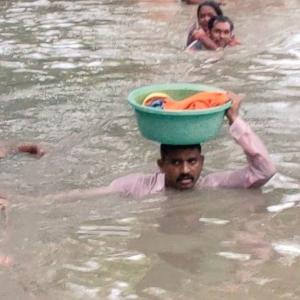