'Wall of lies' has been spread against new farm laws: Tomar

Union agriculture minister Narendra Singh Tomar on Monday said a "wall of lies" has been spread in a "planned manner" among farmers against the new farm laws, but it will not last long and protesting peasants will soon realise the truth. 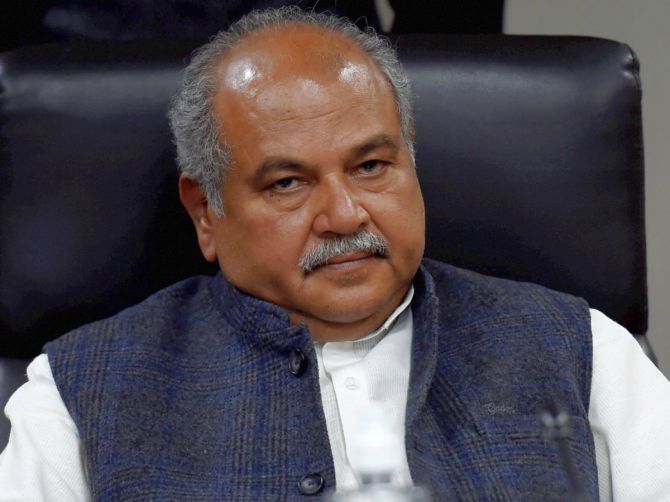 The minister reiterated he remains hopeful to find an early solution to end the impasse.

It's been over a month now that thousands of farmers, especially from Punjab, Haryana and parts of Uttar Pradesh, are camping at Delhi borders seeking repeal of the three farm laws.

They have threatened to intensify their stir in the coming days if their demands are not fulfilled.

So far, five rounds of formal talks held between the Centre and 40 protesting farmer unions remained inconclusive. After repeated requests from the Centre to resume the discussion to end the stalemate, the unions have given December 29 for talks.

The government, in response, has written to the unions inviting them for talks on December 30.

"Soon, some way out will emerge and we will reach towards the solution. Everyone knows that the wall of lies is never strong. Truth is truth. There is going to be a time when people will start accepting the truth," Tomar said addressing a virtual event organised by Confederation of NGOs of Rural India.

Expressing regret that some have created "misconception in a planned manner" in the hearts of protesting farmers on these farm laws, the minister said however the government is constantly engaging with such farmer unions.

He said the benefits of the new farm laws have started reaching farmers. Many peasants are "thinking positive" of these legislations, but there is "confusion" in some sections of the farmers.

"I am hopeful we will be successful in clearing their concerns," he noted.

Further, Tomar said the government was and will always be ready for talks because, in a democratic setup, the government believes that dialogue is the only weapon for resolving the issues.

"We are stressing on this," he said.

Stating that discussions on reforming the farm sector were going on since long after economic liberation in 1990s, the minister said many committees were set up and consultations were held across the country. Even the previous governments had debated and reached a consensus but somehow could not implement them.

But the Modi government took the initiative and enacted the three agri-laws, which were passed in Parliament after discussion for 4 hours in both the Houses, he said.

"I am happy that Prime Minister Narendra Modi has brought revolutionary changes through farm laws keeping future in mind. I am confident that these laws will benefit poor, small and marginal farmers across the country," he added. 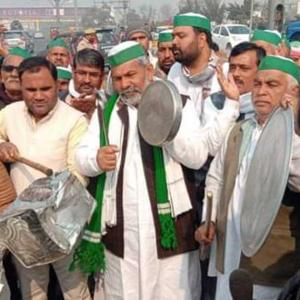