A man riding a motorcycle allegedly in an inebriated condition was assaulted by two policemen in Siddharthnagar during inspection of vehicle documents, prompting their suspension by the department, officials said on Friday.

The incident took place on September 10, the day of Muharram, when the sub-inspector and the head constable concerned were on duty in Sakarpar area under Khesraha police station limits, the officials said.

They suspected Rinku Pandey, a local, was inebriated while a child also rode on his motorcycle and stopped him for inspection and asked for vehicle's papers which were not available, a senior official said.

Soon an altercation broke out and SI Virendra Mishra and head constable Mahendra Prasad started manhandling the man, kicked and punched him with the child witnessing the events along with some other passersby, as a purported video of the incident also circulated on social media.

Superintendent of Police, Siddharthnagar, Dharamveer Singh said the local police had got an information over the phone that Pandey was engaged in a spat with a man at the roundabout.

"When the SI and HCP reached the spot, they found Pandey under influence of alcohol and engaged in a duel. The cops then pushed him, threw punches and kicks at him.

"The way the policemen dealt with the situation was ugly, they were in uniform... It was an indecent display on part of the police department," Singh said.

Based on initial information of the act, the two policemen were shunted to the police lines on September 11 and suspended the next day after a preliminary inquiry, the SP said.

"A Cirlce Officer-level inquiry in also underway in the case whose report would be out by this evening and further action would be taken on the basis if this report and the policemen could even get dismissed from service," Singh added.

While there was no written complaint made in the case in first three days, Pandey, who was assaulted by the policemen, has now approached the police with a plea for action against his assaulters and the matter is being looked into accordingly, according to officials. 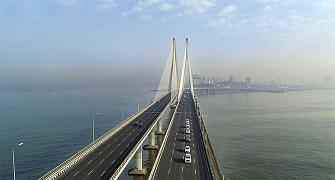 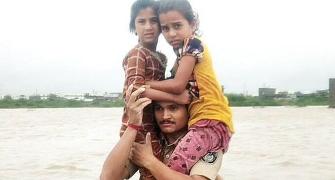