"I wrote a letter on Tuesday to Prime Minister Manmohan Singh expressing my reservations against the appointment of Vaghela as ITDC chairman with a cabinet minister rank," TMC leader and Minister of State for Tourism Sultan Ahmed said. ITDC is a PSU under tourism ministry.

The Appointment Committee of Cabinet approved the appointment of Vaghela as part-time chairman of ITDC with a cabinet rank on May 31.

Opposing the decision, Ahmed said "it is a contradictory situation. On one hand, government has announced austerity measures and on the other hand it has created a cabinet post." Vaghela is likely to assume charge on June 11.

"When there is already a Cabinet Minister Tourism Ministry (Subodh Kant Sahai) and MoS, where is the need for another one?" he said.

Ahmed added, "The matter was not even discussed nor did the government bother to inform me about the appointment. There has never been any political appointment in the ITDC top post and it is first time that ITDC will be headed by a political person." 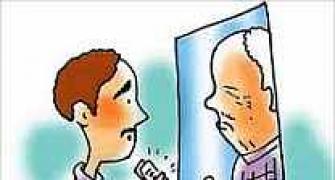