In a startling statement on Friday evening, Prime Minister Modi declared that neither were Chinese troops inside India's territory in Ladakh nor did the Chinese capture any Indian posts.

So solve this mystery, folks: Where then did PLA thugs murder 20 of the Indian Army's bravest soldiers?

Is Modi suggesting that the PLA killers attacked the Indian heroes on Chinese territory?

As Harishchandra Dighe points out in his column, Modi has picked up Jawaharlal Nehru's bad habits on China.

Just as Nehru erred in trusting Zhou En Lai, the then Chinese premier, who repaid that trust with the war of 1962, Modi may be mistaken in trusting Xi Jinping, China's current self-coronated supreme leader.

If the Modi-Xi summits in Wuhan in April 2018 and Mahabalipuram in October 2019 could not ensure peace and tranquility along the 4,000 km Line of Actual Control -- the border between India and China - what use is it talking to the Chinese?

Uttam Ghosh offers his take on the Modi-Xi faceoff. 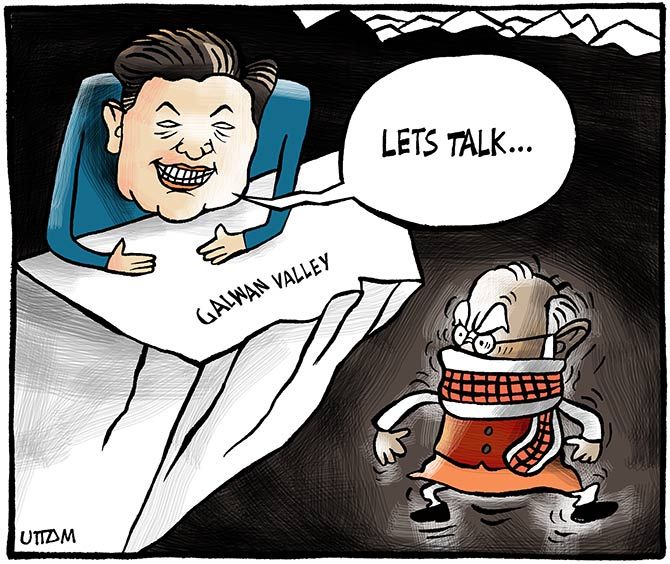