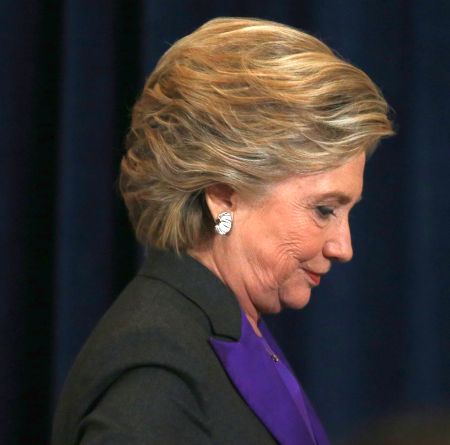 Speaking for the first time since her concession speech to United States President-elect Donald Trump, Hillary Clinton has said that the days following her shocking defeat in presidential polls have been “very, very tough” for her.

“I am not going to sugarcoat it. These have been very, very tough days,” Clinton told her campaign members and volunteers in a conference call.

Clinton spoke for the first time since her concession speech to president-elect Donald Trump.

“This is a tough time for our country. I think we have seen how people have been reacting to the events of this election and I know we have got to be reaching out to each other to keep it clear in our own minds that what we did is so important,” she said.

“It looks like we are on the path to winning the popular vote, and that says volumes about the importance of your work and the lasting impact it will have,” Clinton said.

As per latest information, the former Secretary of State received 47.72 per cent of the popular votes as against 47.41 per cent by Trump.

However, Trump was declared elected as he has got 306 electoral college votes as against Clinton’s 232.

There has been multiple times in the US history of presidential elections that the winning candidate has received less popular vote than the one who lost.

During her remarks that lasted for about 15 minutes, Clinton described her campaign as “one of the greatest honours” of her life.

“This is a hard loss for all of us because we know what was at stake in this election and we have to do everything we can to continue to support the causes we believe in. When you are ready, I hope you will get up and back in there and keep fighting,” she told her supporters.

Meanwhile, in a thank you note to Hillary’s supporters, Clinton Campaign Manager Robby Mook said there is no doubt that there are many difficult days ahead for the US and the world.

“Hillary has shown us every single day. The measure of a person is not whether you get knocked down but whether you get back up. As she said on Wednesday, ‘Let us have faith in each other. Let us not grow weary and lose heart, for there are more seasons to come and there is more work to do’,” he said. 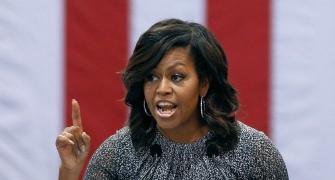 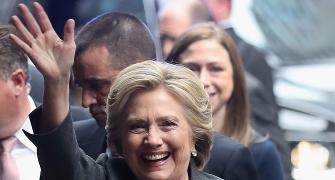 Trump may have triumphed, but Hillary is winning the popular vote 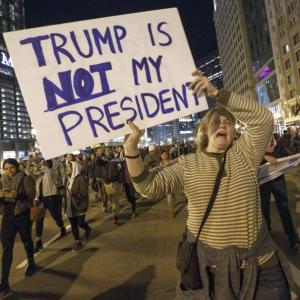