Withdrawal of US forces from Afghanistan to benefit China: Report

The United States' decision to withdraw its forces from Afghanistan after 20 years of war against the Taliban will be an advantage for China to establish its influence in the region, according to a report in the US News. China and Pakistan have reportedly begun an unprecedented intelligence-sharing arrangement to secure Beijing's influence in Afghanistan.

"The reality is now dawning within the intelligence community...We are now leaving Afghanistan, but who are we leaving it to?," a source familiar with a US assessment, said on the condition of anonymity.

As China needs Pakistan's experience in Afghanistan as well as Islamabad's connections to the terrorist groups operating there, Beijing has reportedly invited a Pakistani general to sit in on its highly restricted meetings as an observer.

Meanwhile, China and Pakistan have secured a promise from Taliban leaders to not provide support to the Uyghur Muslims.

"The arrangement far exceeds any accommodation the Afghan insurgent network has ever afforded the US with regard to Washington's concerns about al-Qaida's presence in Afghanistan," the article said.

The current US government and officials disclosed how Pakistan fits into China's ambitions for its southern and western border regions and that shifting priorities in Beijing require greater collaboration with a limited number of outside countries.

"If the Chinese are bringing Pakistan more 'behind the curtain,' in terms of intelligence and military cooperation, it will be tailored to their common interests like confronting India over territorial disputes," Vikram Singh, a former top official at the Pentagon for South and South-East Asian affairs, was quoted as saying.

"Pakistan's leadership has really backed China on Uyghur internment, even though Pakistanis are upset by the repression of Muslims in Xinjiang," said Singh, who is presently a senior advisor at the US Institute of Peace's Asia Center.

The latest developments show how China-Pakistan partnership has seen a big boost in recent years.

This comes amid tensions with the US government over Islamabad supporting terror networks that Washington wanted to defeat in Afghanistan.

At that time, Pakistan was keen to cease intelligence sharing with the US, following which Washington retaliated by saying it would slash military aid amounting to hundreds of millions of dollars to Islamabad.

Amid the US-Pakistan tensions, Chinese President Xi Jinping faced massive pressure over China's investments in Afghanistan in the past few years, especially in mineral wealth amounting to billions of dollars but largely left inaccessible in view of the poor security situation.

Apart from that, Beijing was facing massive criticism for its mistreatment on Uyghurs in Xinjiang province of western China.

The Communist Party of China has turned the region into a "brutal totalitarian police state" and everything unique about Uyghurs is "systematically targeted". 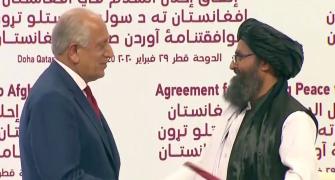 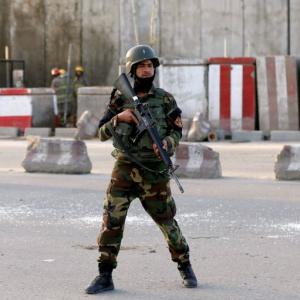