News
Business
Movies
Sports
Cricket
Get Ahead
Money Tips
Shopping
Sign in  |  Create a Rediffmail account
Rediff.com  » News » US to proceed carefully if Pak takes no action on Haqqanis

US to proceed carefully if Pak takes no action on Haqqanis

If Pakistan decides not to take action against the Haqqani network, the United States would carefully consider how to proceed ahead, a top US official said on Tuesday.

"Obviously if the Pakistani government chooses not to take action, we would have to carefully consider how to proceed," State Department spokesperson Victoria Nuland told reporters when referred to the statements from the Pakistani leadership that they will not take action against the Haqqani network as demanded by the US.

At the same time, the State Department official said it is in the strong interest of both the US and Pakistan that they tackle this problem together.

"We believe that we can strengthen our cooperation together, that we can work together and tackle this threat. We wouldn't be making this strong case if we didn't think that we could, should and must do more together," she noted.

"This counterterrorism relationship is based on our shared interest in defeating terror in that part of the world -- terror that has killed more Pakistanis than anybody else.

Nuland reiterated that the US has serious concerns about the Haqqani network. 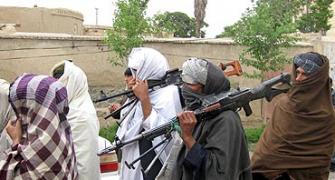 What makes the Haqqani network so DANGEROUS?
US providing aid to flood victims in Pakistan
We don't rely on ISI, US is in disarray: Afghan Taliban

Shared with Pak info on its complicity with extremists: US

'Pak's deadly 2007 attack on US soldiers was hushed up'