Ahead of the key strategic dialogue with Pakistan, the Obama administration on Wednesday shot down Islamabad's plea to help it resume peace talks with India and mediate on key disputes with New Delhi on issues including Kashmir.

It is for India and Pakistan to resolve all their disputes bilaterally and the Obama Administration does not sees a role for itself in it unless both the countries want it, Special US Representative for Pakistan and Afghanistan Richard Holbrooke told journalists at a joint press conference with the Pakistani Foreign Secretary Salman Bashir in Washington.

Responding to questions from the Pakistani media on this issue, Holbrooke, however, said the US encouraged both India and Pakistan to talk to each other on all the issues.

He said talking on Kashmir is not in his mandate.

Holbrooke said the first ever Cabinet level Strategic Dialogue between the two countries would be an important milestone in building relationship US-Pak between.

At another reception at the Pakistani Embassy on the occasion of Pakistan National Day, visiting Foreign Minister Shah Mahmood Qureshi said that he is here to build a partnership with the US based on mutual trust, confidence and shared objectives.

"We have made progress in Pakistan and the world is acknowledging our sacrifices. We are ready to deliver, we are ready to move, let's build a partnership which is lasting," Qureshi said.

The reception was attended by top officials of the Obama Administration including National Security Adviser General (retired) James Jones, lawmakers and US ambassador in Islamabad Anne Paterson.

Earlier, Assistant Secretary of State for Public Affairs P J Crowley said the Obama Administration has spent a lot of time trying to convince all countries in the region that ultimately improved relations with the United States and with others in the region is in everyone's interest.

"We continue to make that clear. Assistant Secretary (Robert) Blake has been in the region and I think is trying to help various countries understand the context within which these expanded dialogues with all of the countries continue and are in everyone's interest," Crowley said. 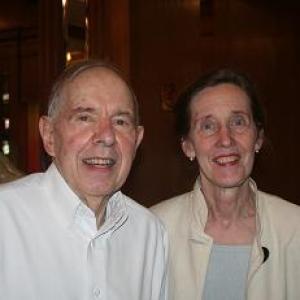