Source: PTI
Last updated on: February 02, 2011 13:22 IST
An Indian-American doctor has been sentenced to 15 years in prison by a United States court for committing healthcare fraud with his wife and has been ordered to forfeit over $ 43 million (Rs 196.21 crore) in cash and property gained through the fraud.

Arun Sharma, 56, conspired with his wife Kiran Sharma and committed a healthcare fraud over a 10-year period in Texas, United States Attorney Jose Angel Moreno said on Tuesday. Handing down the sentence, US District Judge David Hittner ordered Sharma to forfeit over USD 43 million, including the couple's $ 700,000 (Rs 3.1 crore) home in Texas, numerous parcels of real property, more than $ 700,000 in cash found during a search of their home, over USD 800,000 (Rs 3.6 crore) in cash found in two safe deposit boxes and a number of investment accounts funded with the proceeds of their fraudulent scheme.

Sharma has been remanded to the custody of the US Marshals Service. Kiran, who also has been convicted of conspiracy and healthcare fraud after pleading guilty in April 2010, is scheduled to be sentenced on February 23. She remains in custody at the Federal Detention Centre in Houston pending sentencing.

Sharma had pleaded guilty to one count of conspiracy and one count of healthcare fraud in April last year. During his plea, he admitted that from January 1, 1998 through June 10, 2009, he and his wife had fraudulently billed Medicare, Medicaid and various private healthcare providers for medical procedures that were not performed.

The couple owned and operated multiple medical clinics operating under the name Allergy, Asthma, Arthritis Pain Centre in Texas. While some patients at the clinics were referred by other medical doctors, nearly half of the patients came to the clinics through word of mouth.

"Arun Sharma was known as an easy touch for prescribing the 'pain cocktail' of hydrocodone, Xanax and Soma. As time went on, he began prescribing stronger narcotics such as Oxycontin, morphine, methadone and fentanyl patches," a Federal Bureau of Investigation statement said.

In addition to prescribing narcotics, the couple provided patients with injections of steroids, which at times provided temporary relief from joint and muscle pain. While the injections given to the patients were superficial, they were billed falsely to the insurance companies.

The number of patients coming to the couple grew from 50 to 60 per day in 1998 to more than 100 per day in 2003. Nearly every patient was prescribed one or more controlled substances and put on a regimen of shots every two weeks. By the beginning of 2000, Sharma had certain patients sign blank procedure notes and then used those forms to generate a superbill in order to bill the insurance companies for injection procedures. 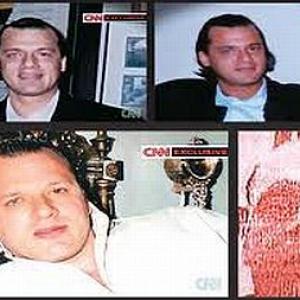