The postmortem of the Unnao rape victim showed that she died of extensive burn injuries, a senior doctor at the Safdarjung hospital said on Saturday. 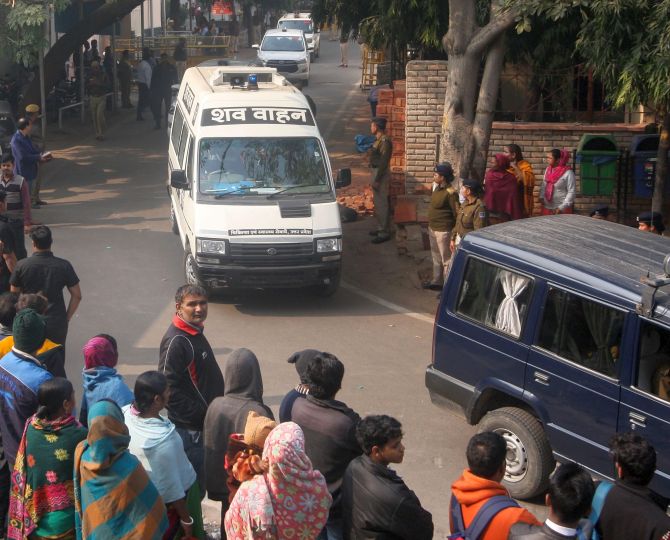 The 23-year-old woman was set ablaze on Thursday by five people, including two who are accused of raping her.

She had suffered 90 per cent burns and was airlifted from Lucknow to the Delhi-based hospital where she died on Friday night.

The doctor said,"According to the postmortem report the victim died of extensive burn injuries."

"There was no indication of the presence of any foreign body, poisoning or suffocation on the body of the woman during postmortem conducted this morning," the doctor said.

On Friday, Dr Shalab Kumar, Head of the Burn and Plastic Surgery Department at the Safdarjung hospital, had said, "Despite our best efforts, she did not survive. Her condition deteriorated towards the evening. She had a cardiac arrest around 11:10 pm. We tried to resuscitate her, but she passed away around 11:40 pm."

The woman's body is being taken to her village in Uttar Pradesh's Unnao district in an ambulance.

The brother of the Unnao rape victim said his sister will get justice when all the accused go to the place "where she has gone".

"She told me, brother please save me. I am very sad that I could not save her," he told reporters on Saturday.

He said the persons involved in the incident should be either killed in an encounter or hanged.

"They do not have the right to live. We will go to Unnao from here. She has already been burnt by the accused persons and now, we will burry her," he said.

The woman died on a day four accused in the gang-rape and murder case of a veterinary doctor in Hyderabad were killed in an 'encounter' with the Telangana police.

The Unnao rape victim was set on fire when she was on her way to Raebareli in connection with the court case filed by her.

She was airlifted to Delhi after being shifted from a local hospital to Lucknow. 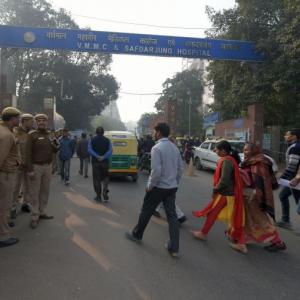