U'khand chopper crash: 20 martyrs to get guard of honour 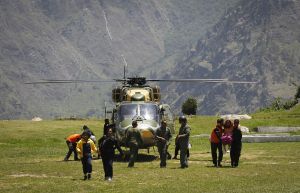 Twenty bravehearts, who died in Tuesday's chopper crash while rescuing stranded people in flood-ravaged areas of Uttarakhand, will be given a 'guard of honour'-- a ceremonial mark of respect-- by the government on Friday in Dehradun.

Reddy said he would be accompanying Home Minister Sushilkumar Shinde to Dehradun to pay homage to these brave personnel who laid down their lives in the service of the nation.

A sophisticated Mi-17V5 helicopter, belonging to IAF, had crashed in bad weather during a rescue mission in the flood-ravaged hill state. Bodies of all 20 personnel, on board the ill-fated chopper, have been recovered.

He said so far over one lakh people have been evacuated from different areas of the state.

Reddy's figures are lower to official estimates of 822 people having lost their lives following the natural disaster in the hill state.

Reddy hoped that the rescue operation would be completed by Friday.

Medical teams with sufficient equipment are taking care of the stranded victims, Reddy said. An ex gratia of Rs 2,000 is also being given to the injured persons.

Reddy said the biggest challenge for the authority involved in the rescue mission there is to look after displaced people.

He said specialists have been engaged in providing counseling to the people affected due to the floods.

"Prime Minister Manmohan Singh has spoken to me. He expressed great condolence for the loss of lives of National Disaster Response Force personnel. The Prime Minister said to me that his message (of condolence) should go the family of these personnel," the Vice Chairman said.

Reddy said he would take up the matter of providing more "generous help" to the families of the 20 personnel, who lost their lives in the crash.

Meanwhile, he said roads were being opened up in parts of Uttarakhand to facilitate faster movement of stranded people.

At least 16 lakh people in four districts -- Uttarkashi, Chamoli, Rudraprayag and Garhwal -- have been affected by the June 16 rains and floods.

Image: Survivors get out from an army helicopter during a rescue operation at Joshimath 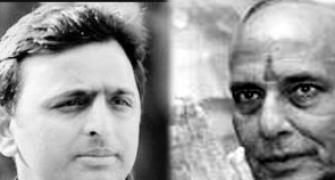 U'khand flood relief: Race on between Akhilesh and Rajnath 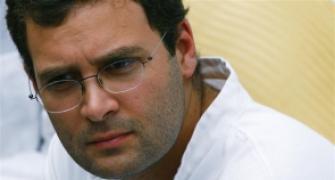 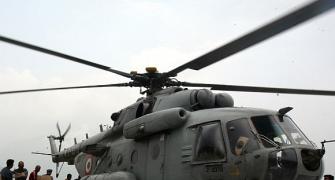 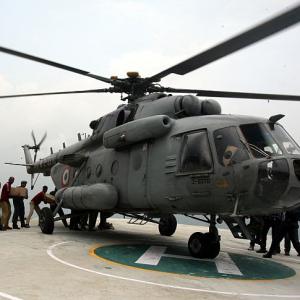 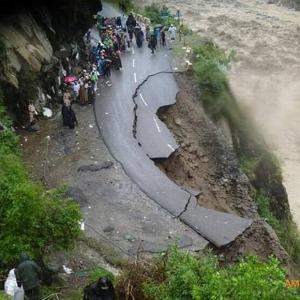 Heavy rain forecast for next 3 days in Uttarakhand