British Prime Minister Theresa May on Friday wrote to European Council President Donald Tusk seeking a further extension to the United Kingdom's Brexit deadline until June 30 to try and find a solution in parliament to the current impasse over the terms of Britain's exit from the 28-member economic bloc. 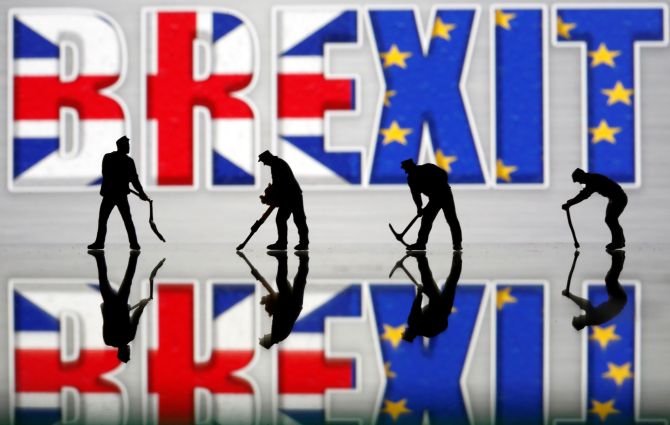 Under the current terms agreed with the European Union, the UK is due to leave the bloc by May 22 if the British prime minister's repeatedly-rejected divorce bill clears the House of Commons or crash out without any deal in place by April 12.

In her letter, which comes ahead of an EU summit next Wednesday, May told Tusk that while it is "frustrating" that there has been no "orderly" conclusion after her withdrawal agreement was rejected three times by the House of Commons over the controversial Irish backstop clause, the UK remains "strongly committed" to finding a Brexit resolution as soon as possible.

"This impasse cannot be allowed to continue… Therefore having reluctantly sought an extension to the Article 50 period last month, the government must now do so again," she writes.

This further extension to the Article 50 mechanism, first extended from the March 29 deadline last month, means that the UK may now have to contest the European Parliament elections scheduled for May 23.

In her letter, May notes that it is not in the interests of the UK or the EU to go down this route, but accepts it as an inevitable "legal obligation".

She confirms that the UK would begin "contingency" preparations to field candidates for European Parliament polls but will keep working towards getting a withdrawal deal ratified by May 22 in order to avert such a move.

Her letter reads like a long explanation of why Britain has been forced to seek yet another extension and points the finger of blame on British MPs who have not only rejected her withdrawal agreement but also failed to come up with a credible alternative.

"The House has, however, continued to express its opposition to leaving the European Union without a deal. The government agrees that leaving with a deal is the best outcome," she notes.

In her update, May adds that if ongoing cross-party talks with the Labour Party could not establish "a single unified approach" in the UK Parliament – MPs would be asked to vote on a series of options instead which the government "stands ready to abide by".

The cross-party Brexit teams are set to continue their talks on striking a Brexit compromise, with Thursday's technical talks described as "productive" according to a statement released after four and a half hours of negotiations between the Tory and Labour frontbench ministers and shadow ministers.

It remains to be seen what kind of a compromise may be worked out amid Labour's demand for a so-called soft Brexit with a permanent Customs Union with the EU, with many in the party also in favour of a second referendum.

Meanwhile, reports coming out of Brussels indicate that the EU is preparing to offer the UK so-called "flextension" of around a year until March 2020, with a break clause to end the extension as soon as a withdrawal agreement was in place.

The move is intended to give the economic bloc some breathing space from having to delve into repeated short extensions every few weeks. PTI AK