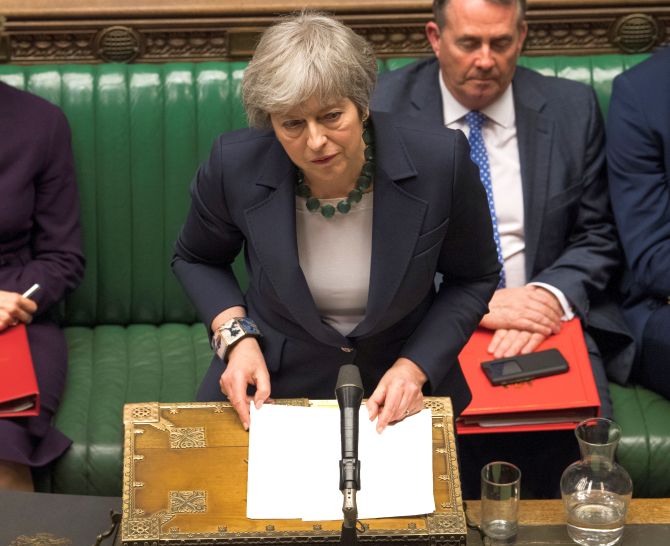 British lawmakers on Friday rejected the Brexit deal proposed by embattled Prime Minister Theresa May in Parliament for the third time, throwing the UK's divorce plans with the European Union into further disarray.

MPs voted in the House of Commons against the terms of Britain's so-called divorce from the EU by 344 to 286.

An approval would have given the British parliament time until May 22 to get all the accompanying legislation passed.

The key vote took place on the day Britain was earlier scheduled to exit the bloc, until the EU leaders granted more time.

According to the EU, the UK must present an alternative proposal to leave the bloc by April 12.

As the MPs rejected her deal again, the prime minister, who had offered to resign if her Brexit plan was passed, must set out a new plan by April 12.

Commenting on the outcome, May told MPs: "The implications of the house's decision are grave. I fear we are reaching the limits of this process in this house. This government will continue to press for the orderly Brexit that the result of the referendum demands".

She said that MPs would debate alternatives next week.

Meanwhile responding to the vote outcome, European Council President Donald Tusk tweeted: "In view of the rejection of the Withdrawal Agreement by the House of Commons, I have decided to call a European Council on 10 April."

In the past, the House of Commons rejected May's withdrawal plan twice, both times by overwhelming margins.

May on Wednesday bowed to mounting pressure from within her own Conservative Party and offered to resign as the UK Prime Minister if her MPs agreed to back her twice-defeated Brexit divorce bill to get it over the line in a third parliamentary vote.

Hours before the vote, London Mayor Sadiq Khan called on lawmakers to reject May's Brexit plan with the EU and negotiate a new one with better terms.

The UK triggered Article 50 of the Lisbon Treaty following a referendum in favour of Brexit by nearly 52 per cent to 48 per cent in June 2016. 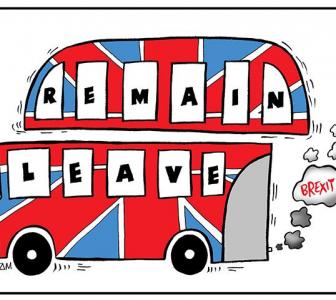 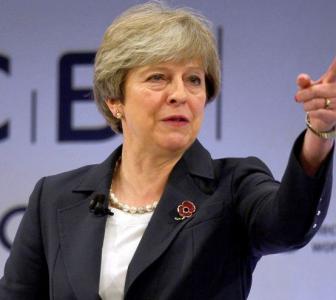 May to quit before 'next phase' of Brexit negotiations 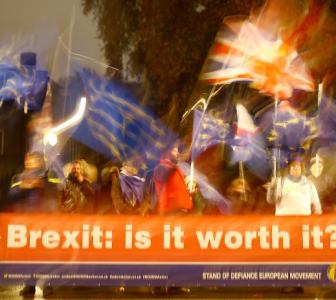 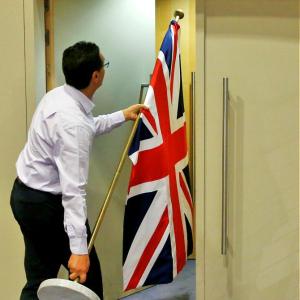