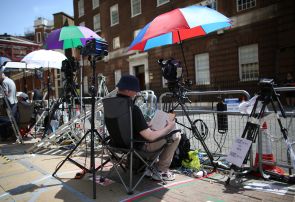 The due date for the birth of Prince William and Kate Middleton's first child may have come and gone this weekend but the frenzy around the eagerly anticipated news continues to build up.

Nearly 1 million pounds has already been bet on the name, sex, weight and date of birth as part of what bookies in Britain have branded as a record for a non-sports event.

The Duchess of Cornwall, Camilla Parker-Bowles, indicated that the new arrival is expected by the end of the week as she kicked off an annual summer tour of Devon and Cornwall with grandfather-to-be Prince Charles.

"We don't know what's going to happen. We're all waiting at the end of a telephone. I hope by the end of the week he or she will be there," she said during a visit to the Little Harbour Children's Hospital near St Austell in Cornwall today.

Reporters, photographers and cameramen from across the globe have been camped outside the Lindo Wing of St Mary's Hospital in central London since the start of the month.

While the sex of the baby is believed to be unknown by all, Kate's uncle hinted that the royal couple are probably aware whether they are about to be parents to the future King or Queen of England.

Gary Goldsmith said he believed the Duke and Duchess of Cambridge have kept the sex of the baby -- who will be third in line to the throne -- a secret to everyone but themselves.

Goldsmith, brother of Kate's mother Carole Middleton, told the 'Mirror' that he thinks the royal couple will make history by giving birth to a girl.

"But, of course, I don't know that for fact. I believe Kate and William have kept the sex of their child a secret to everyone but themselves. They're a very modern couple and I believe William will be as hands-on as Kate with the parenting. That's the genius of it," he said.

Due to a change in British law, the couple's first child, whether a boy or a girl, will be the heir to the throne and when born will have the title Prince or Princess of Cambridge.

Former England football captain David Beckham, among the celebrity guests at William and Kate's wedding in April 2010, also joined in the royal frenzy by saying they should name the baby David if it is a boy.

I think they should go for David -- if a boy," he told 'Sky News' television.

British bookmakers have made the name David an outsider at odds of between 33/1 and 100/1.

James continues to be the favourite boy's name and Alexandra for a girl.

Image: A member of the media reads a book while waiting outside St Mary's Hospital, where Duchess of Cambridge is due to give birth, in London. 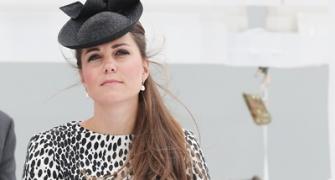 Beckham wants the royal baby to be named David 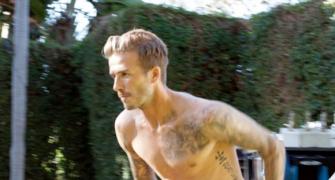 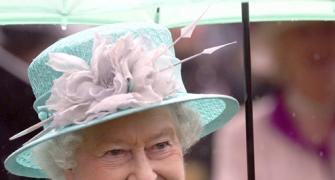 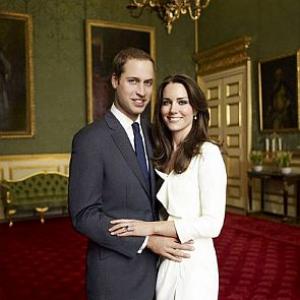 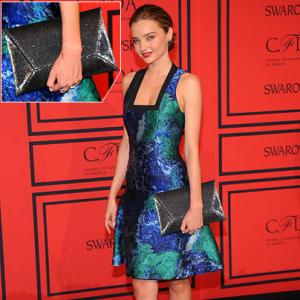