Maharashtra Congress president Nana Patole on Wednesday said Chief Minister Uddhav Thackeray has made it clear that there was no proposal to recommend dissolution of the state assembly. 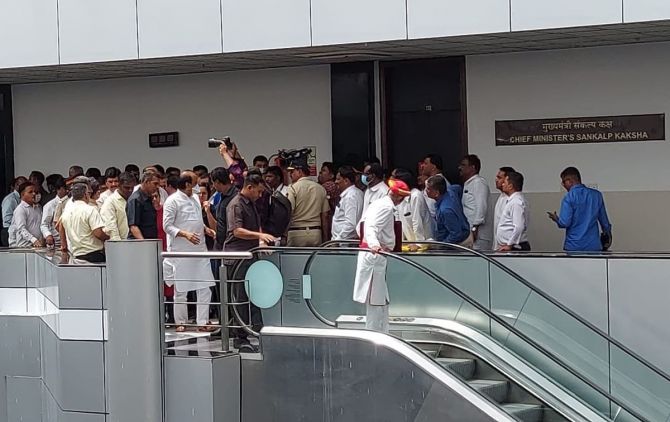 Patole's remarks came against the backdrop of reports that the ongoing political developments in the state could lead to dissolution of the assembly.

"We will run the government effectively," Patole said quoting Thackeray.

Patole said senior Congress leader  Kamal Nath, who is in Mumbai in the wake of the political crisis in the Maharashtra government, spoke to Chief Minister Uddhav Thackeray over phone, since the latter has tested positive for Covid-19.

Patole told reporters that Thackeray has asserted that the ruling Maha Vikas Aghadi (comprising the Shiv Sena, Nationalist Congress Party and Congress) will sail through the present crisis, and there was no proposal to recommend dissolution of the state assembly.

Earlier in the day, Shiv Sena MP Sanjay Raut in a tweet said the ongoing political developments in Maharashtra could lead to dissolution of the state assembly.

Raut's remarks came amid the ongoing crisis in the state's Maha Vikas Aghadi after the rebellion by senior Shiv Sena leader and minister Eknath Shinde.

Meanwhile, Maharashtra minister and Congress legislature party leader Balasaheb Thorat said 41 MLAs (out of the total 44 in the state) attended the CLP meeting in Mumbai on Wednesday.

The three others were on their way to the state capital, he said.

"The Congress is united and all the 44 MLAs are together," Thorat said.

Shinde has said he has 46 MLAs supporting him. ”I have more numbers (of Shiv Sena MLAs) than needed (to form a separate group in the assembly without inviting the anti-defection law provisions),” he told a Marathi TV channel.

The Sena has 55 members in the 288-member state assembly.

A chartered flight carrying Shinde and Shiv Sena MLAs, who have rebelled against the party, arrived in Assam's Guwahati city early on Wednesday. 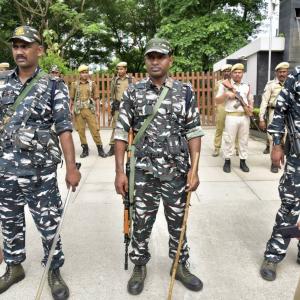