Tytler arrives in Odisha amid demands for his arrest

Source: PTI
September 12, 2012 21:58 IST
Amidst demands for his arrest for giving a provocative speech at a Congress rally on September 6, Congress leader Jagdish Tytler arrived in Bhubaneswar on Wednesday along with Union minister V Narayansami.

As soon as Tytler came out of the airport here, he was surrounded by Congressmen and escorted to a waiting car.

No security arrangement was visible for Tytler, the All India Congress Committee in-charge of Odisha at the airport who arrived a day earlier than announced.

"He might have advanced his programme in order to ensure that he reaches the state and addresses a press conference along with the union minister," Odisha Pradesh Congress Committee President Niranjan Patnaik told the media at the airport.

On absence of security for Tytler, Patnaik said, "I do not exactly know whether security is provided to Tytler or not. If they have not provided it, it is a mistake."

Two police organisations and the ruling Biju Janata Dal have demanded arrest of Tytler accusing him of instigating party men to attack the police and assault a woman constable during the September 6 rally.

The Odisha government, which was examining charges against him did not say anything about its next course of action.

The Odisha police have registered cases against Tytler and others under section 147 (rioting), 148 (rioting with deadly weapons), 149 (unlawful assembly), 332 (voluntarily causing hurt to deter public servant), 353 (assault of public servant), 354 (assault on women with intent to outrage modesty), 506 (criminal intimidation), 307 (attempt to murder) and 120 (B)(criminal conspiracy) of IPC.

Narayansami came out of the lounge 20 minutes later and had an informal conversation with the media.
"As per decision of the AICC and direction of the Congress president, union ministers are visiting different states and tell people about the coal block allocation made by the Government of India," Narayansami told reporters.

Narayansami said he would address a press conference in Bhubaneswar on Thursday. 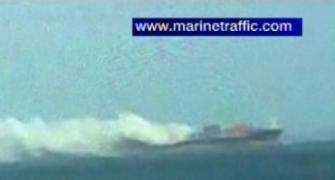 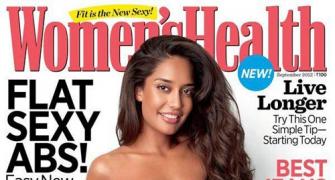 'Congress does not need Trinamool in West Bengal' 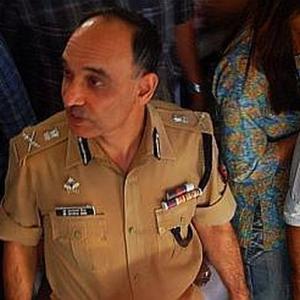