United States President Donald Trump has announced to resume his election rallies from Oklahoma, followed by a series of others in the states of Texas, Florida, Arizona and North Carolina. Due to the coronavirus pandemic, he had suspended his election rallies for the past three months.

Trump, 77, is seeking his re-election in the November presidential elections. Former US Vice President Joe Biden is his main challenger from the opposition Democratic party.

"We're going to start our rallies back up now. We've had a tremendous run at rallies," he told reporters at the White House.

"I don't think there has been an empty seat since we came down on the escalator," the US President said on Wednesday, referring to his historic flight down the escalator along with First Lady Melania Trump at the Trump Towers in New York in 2015 announcing the launch of his 2016 presidential campaign.

"It's been an amazing thing to behold, and we're going to be starting our rallies. The first one, we believe will be probably -- we're just starting to call up -- will be in Oklahoma, in Tulsa, Oklahoma, a beautiful new venue, brand-new," he said.

The 45th president of the United States has been the biggest crowd puller of his Republican Party and so far has drawn much larger crowd that his main rival Biden.

Biden, 77, the Democratic presidential nominee, is, however, leading the average of major national polls by more than eight percentage points, according to Real Clear Politics.

Traditionally, Republican leaders and the Trump Campaign have doubted the reliability of major national polls, given that in 2016 presidential polls every major poll had written him off against his then main rival Hillary Clinton.

During his White House interaction with reporters, Trump was critical of the Democratic Governor from North Carolina, where the Republican Party is scheduled to hold the National Convention in August. The North Carolina Governor, he said, is slow in opening the state from coronavirus.

"The governor is a little backward there. He's a little bit behind, and unfortunately we're going to probably be having no choice but to move the Republican Convention to another location. That will be announced shortly, but we'll have no choice," he said.

"We wanted to stay in North Carolina very badly. We love it. It's a great state, a state I won. Many, many friends, many relatives, frankly, that live there. And we'll see how it all works out, but the governor doesn't want to give an inch, and what he's doing is losing hundreds of millions of dollars for his state. But we'll probably have no other recourse but to move it to another state," he said.

Trump said several states want to host the convention, prominent among them include Texas, Georgia and Florida.

The US president is scheduled to travel to Dallas in Texas on Thursday for a major fundraiser, his first in person campaign event. His last election rally was in Charlotte on March 2, after which he has more or less remained inside the White House, except for a few occasions. 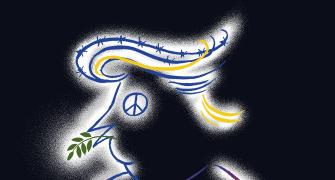 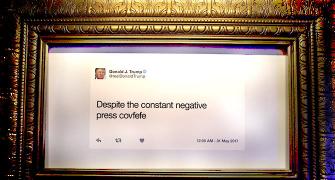 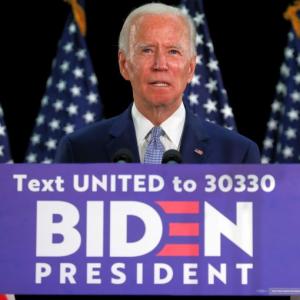 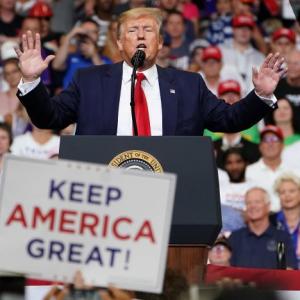