The American immigration system is unfair to those who came to the United States legally and are waiting in line for years, President Donald Trump said as he once again pushed for a merit-based immigration system. 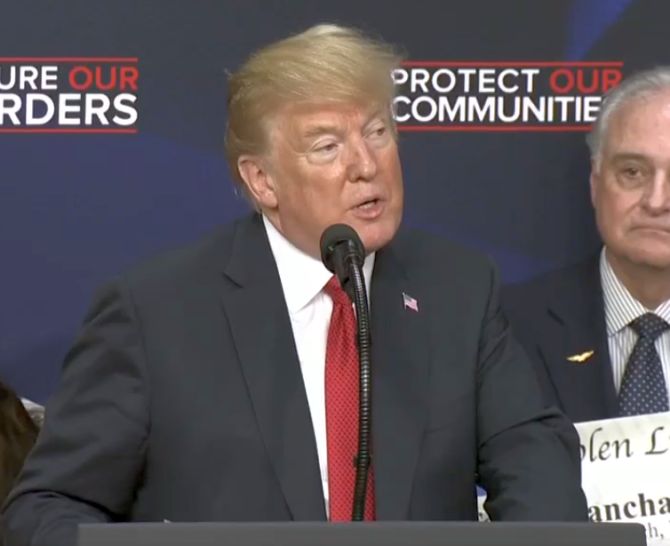 Indian-Americans, most of whom are highly skilled and came to the US mainly on H-1B work visas, are the worst sufferers of the current immigration system which imposes a seven per cent per country quota on allotment of green cards or permanent legal residency.

As a result, the current wait period for Indian skilled immigrants, as per some unofficial estimates, can be as long as 70 years.

"Our immigration policy, laughed at all over the world, is very unfair to all of those people who have gone through the system legally and are waiting on line for years! Immigration must be based on merit - we need people who will help to 'Make America Great Again'," Trump said in a tweet.

Trump's tweet could be seen as support to thousands of Indians waiting in line for their green card, an overwhelming majority of whom are highly educated professionals.

But because of the country-limit, Indians in many cases have to wait for more than a decade to get legal permanent residency.

Despite steps by lawmakers from both the Republican and Democratic parties, the Congress has been unable to lift the country-limit.

President Trump has been calling for a merit-based immigration system, a move that would benefit the Indian professionals.

In a series of tweets, Trump blamed the opposition Democrats for the broken immigration system.

"Democrats, fix the laws. Don't RESIST. We are doing a far better job than (George W) Bush and (Barack) Obama, but we need strength and security at the Border! Cannot accept all of the people trying to break into our Country. Strong Borders, No Crime!

"We cannot allow all of these people to invade our Country. When somebody comes in, we must immediately, with no Judges or Court Cases, bring them back from where they came. Our system is a mockery to good immigration policy and Law and Order. Most children come without parents..," the President said in a series of tweets.

In the past also, Trump has favoured a merit-based immigration system which, according to him, would attract the best and the brightest from across the world to the US. 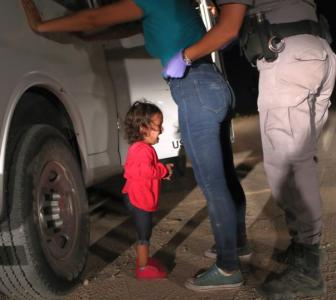 Padma Lakshmi has a message for Trump. Who's listening? 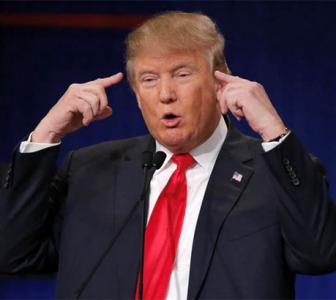 These aren't people, they are animals: Trump on migrants 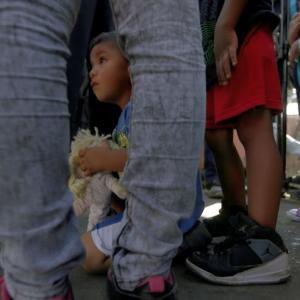