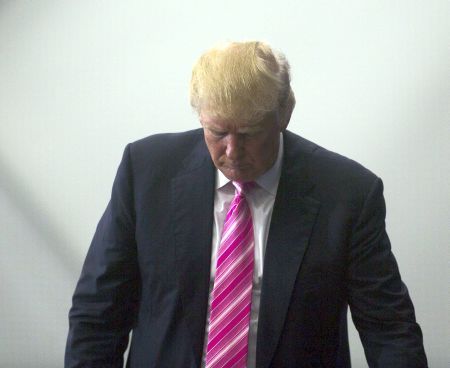 Indian-Americans on Sunday rallied behind Democratic presidential nominee Hillary Clinton after surfacing of lewd comments against women by Republican candidate Donald Trump, which the community members described as “predatory and sickening”.

Indian-Americans have traditionally been Democratic supporters but during this election cycle, quite a few of them had leaned towards Trump because of his strong views on terrorism and Pakistan.

Kamala Harris, who is running for US Senate from California, said Trump’s comments are “predatory and they make me sick. They are vile and Trump must be stopped”.

“Donald Trump had long disqualified himself from this race through his bigoted, racist, and sexist agenda -- and this should be the final straw for any Republican elected officials who still support him,” she said.

Her remarks came after a 2005 video of Trump surfaced on Saturday in which he is making lewd remarks about women, just a month left for the November 8 election.

The 70-year-old business tycoon, who has made several controversial remarks in the past, in the video bragged in vulgar terms about kissing, groping and trying to have sex with women during the conversation caught on a microphone.

Harris said Washington is not a “boys’ locker room”. “It’s a place where we need diverse leadership -- including more women in public office -- who will serve as role models for a generation of children that need to know sexual assault is wrong.”

“Indian-Americans deserve better than Donald Trump,” said community leader Rajdeep Singh Jolly. “As a community, we should champion the cause of gender equality, not pander politicians who demean our mothers, sisters, and daughters.”

Jolly also released a video titled “Donald Trump on Women” which highlights some of his disparaging statements over the years, including criticising women about their looks and calling others “fat pigs”, “dogs” and “disgusting animals”.

The video, with Punjabi subtitles, begins with a hymn affirming the equality of women that asks whether a follower of Guru Nanak can follow Trump.

“I was disgusted when I watched the video of Trump using offensive language to describe his outrageous behaviour towards women. Women need to be revered and respected but Trump has no respect for our mothers, sisters and daughters,” said Frank Islam, CEO and chairman of FI Investment Group.

“Trump’s behaviour towards women is despicable. He is unfit and unprepared and unqualified to be the US president. He is divisive and dangerous and is a demagogue. He is threat to our Constitution. At this time Trump’s statement epitomises the backwardness of the conservative movement in America. At this point in our history, we must come together to elect the first women as the US President,” Islam said.

Niraj Shah, an independent voter who runs a small business, said “no way, I can vote for this guy”.

Shah said he was earlier planning to vote for Trump this year because of his strong position against terrorism but changed his mind as his latest comments about women running on national television were “unpardonable”.

“The US can’t afford to elect someone like him as our president. We are not only electing a president of the United States, but also a world leader,” said Shah.

“(This is) latest in a series of revelations that prove that Donald Trump is unfit to be President. He is not a good businessman, he is not a good philanthropist, he believes in conspiracies and it’s clear that he has appealed to the worst in Americans seeking to divide and appeal to the darkest and most base instincts.

“Am I surprised that he denigrates women and 11 years ago thought that he could do whatever he could with any woman because he a rich celebrity? No, I am not,” Narasimhan said.

“Is it forgivable if it were a youthful indiscretion or simply playful? No, especially because he was 58 years old when it happened!” he added. 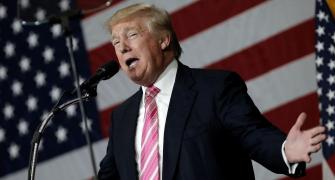 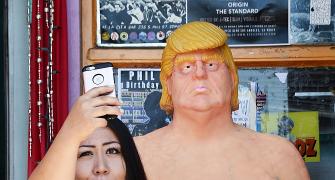 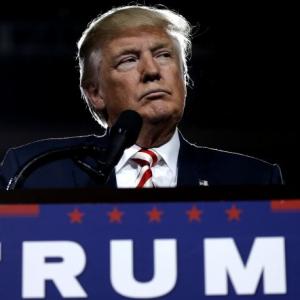