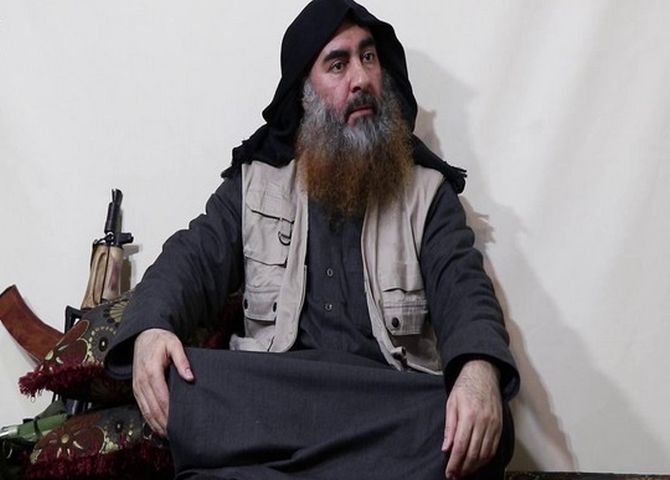 Abu Bakr al-Baghdadi, who blew himself by trigging his suicide vest in a dead end tunnel of his hideout compound in northwest Syria, was under constant United States surveillance for the last couple of weeks, President Donald Trump said on Sunday, asserting that he had asked for the Islamic State leader and the world's most dreaded terrorist from day one of his presidency.

Trump said Baghdadi constantly changed his mind about his movements from his well protected compound in Syria, but, for reasons known to him, this time decided to stay for longer.

"We've had him under surveillance for a couple of weeks. We knew a little bit about where he was going, where he was heading. We had very good information that he was going to another location. He didn't go.

"Two or three efforts were cancelled because he decided to change his mind," Trump told reporters at the White House after he announced that Baghdadi was dead.

"Finally, we saw that he was here. Held up here. We knew something about the compound. We knew it had tunnels. The tunnels were dead end for the most part. There was one we think that wasn't, but we had that covered too just in case," he said.

Describing the level of intelligence and level of work by US forces as 'pretty amazing', Trump said when American commandoes landed with eight helicopters, a large crew of 'brilliant' fighters ran out of those helicopters and blew holes into the side of the building.

They did not want to go through the main door because that was booby trapped, he said.

"There was something really amazing to see. I got to watch it along with General Milley, Vice President Pence, others in the situation room. We watched it so clearly," Trump said, but refrained from giving more details.

"I don't want to say how, but we had (it) absolutely perfect as though you are watching a movie. Technology there alone is, is really great," he said.

A big 'part of the trip that was of great danger' was the approximately an hour and 10-minute flight flying over a dangerous territory, Trump said.

"In fact, some of our leaders said that that could be the most dangerous flying in and flying out. That's why last night we were so quiet about it. We didn't say anything. And I didn't make my remark until after they had landed safely in a certain area," he said.

Observing that the flight in and the flight out was "very dangerous", he said there was a chance that the US would have met unbelievable fire.

"Russia treated us great. They opened up. We had a fly over certain Russian areas, Russia held areas. Russia was great. Iraq was excellent. We really had a great cooperation," he said.

Noting that the Russians and others did not know what the US was doing and where they were going exactly, Trump said ISIS fighters are hated as much by Russia and some of these other countries as they are by the US.

Responding to questions from reporters, Trump said, he wanted to get Baghdadi from the first day he came into office.

"From the first day I came to office, and now we're getting close to three years, I would say where is al-Baghdadi? I want al-Baghdadi. We would kill terrorist leaders, but they were names I'd never heard of.

A couple of weeks ago, the place of Baghdadi was located, he said.

"These people are very smart. They're into the use of cell phones. They're technically very brilliant. They use the internet better than almost anybody in the world, perhaps other than Donald Trump," he said.

"I think it's something that should be brought out. So that his followers and all of these young kids that want to leave various countries, including the United States, they should see how he died," Trump said.

Noting that he has been looking for him for three years, Trump said he started getting some very positive feedback about a month ago.

"We had some incredible intelligence officials that did a great job. That's what they should be focused on," he said.

"You can never be 100 per cent sure because you're basing it on technology more than anything else. But we thought he was there. Then we got a confirmation. When we went in they were greeted with a lot of fire power," he said.

Trump said, many of Baghdadi's people were killed. The exact numbers would be announced over the next 24 hours.

"But many were killed. We lost nobody. Our dog was hurt," said the US President.

"We had them also surrounded by massive air power up in the air yesterday, surrounded at very high levels. We were very low. We had tremendous air power," he said in response to a question, adding that the pullout of US troops from Syria has nothing to do with this. 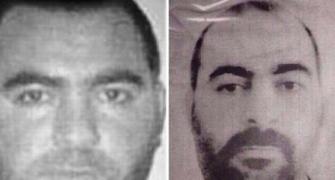 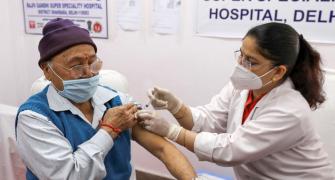