The Supreme Court on Monday upheld the rights of the Travancore royal family in the administration of historic Sree Padmanabhaswamy Temple in Kerala, considered to be one of the richest temples in the country. 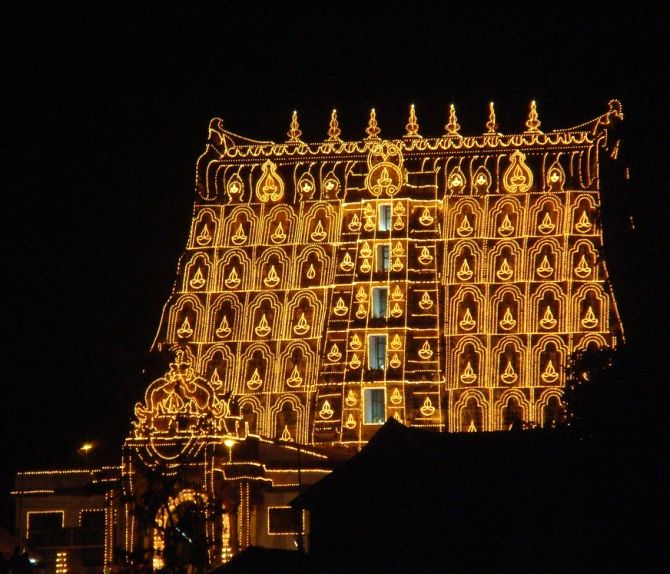 It set aside the Kerala high court's 2011 verdict which had directed the state government to set up a trust to take control of management and assets of the temple.

A bench headed by Justice U U Lalit said that as an interim measure, the District Judge of Thiruvananthapuram will head an administrative committee to manage the temple's affairs.

The top court delivered the verdict on a batch of appeals, including the one filed by legal representatives of the Travancore royal family, challenging the January 31, 2011 verdict of the high court.

The sprawling temple, an architectural splendour in granite, was rebuilt in its present form in the 18th century by the Travancore Royal House which had ruled southern Kerala and some adjoining parts of Tamil Nadu before integration of the princely state with the Indian Union in 1947.

While pronouncing the judgement, the apex court held that the death of earlier ruler of Travancore royal family does not affect the right of 'Shebaitship' (the right to manage the deity and the temple as a priest) of Marthanda Varma, the brother of last ruler of the royal family, and his legal heirs.

The top court said that death of the last ruler of royal family does not entitle the state government to take over the management of committee as law of escheat does not apply in this case and the management of the temple continues to vest in trust of the ruler of Travancore.

While making an interim arrangement to manage the affairs of the temple, the apex court said that it will remain in force till a fresh committee is set up and all the members of the committee must be Hindus.

The controversy over the administration and management of the historic temple was pending in the apex court for last nine years in the wake of charges of alleged financial irregularities.

The top court had on April 10 last year reserved its judgement on the appeals against the high court's verdict.

The high court had directed the state government to take steps to set up a body or a trust to take control of the temple, its assets and management and to run the temple in accordance with the traditions.

It had on May 2, 2011 stayed the high court's direction regarding taking over of the assets and management of the temple.

The top court had also directed that there shall be a detailed inventory of the articles, valuables, ornaments in Kallaras (vaults)

On July 8, 2011, the apex court had said that "opening of kallara 'B' is to be kept in abeyance till further orders".

In July 2017, the apex court had said it would examine the claims that one of the vaults the temple contained extraordinary treasure with "mystical" energy.

It had passed a slew of directions including on the security of the treasures, auditing of accounts and repair of the deity.

The top court was in July 2017 told by senior advocate Gopal Subramanium, who is assisting the court as an amicus curiae in the matter, that 'Kallara' (vault) B of the temple should be opened as it was closed "on the apprehension that there is some mystical energy".

The government respects the verdict, he said.

Some people near the temple, apparently overjoyed at the verdict, were seen distributing sweets.

Welcoming the verdict, the Travancore Royal family said they were happy with the judgement.

In a message, the Royal family said,"We regard today's Supreme Court verdict as the blessing of Padmanabha Swamy not just for the family, but for all his devotees."

"We pray for his continued benevolence on all humanity to keep us all safe and well. Thank you all who stood by us in these difficult years. God bless you", a senior member of the Royal family Pooyam Tirunal Gowri Parvati Bayi said.

Following is the chronology of events in the case pertaining to the management of one of the richest temples, Sree Padmanabhaswamy, in Kerala in which the Supreme Court on Monday upheld the right of Travancore royal family in its administration:

2009: T P Sundarrajan, a former IPS officer, files a PIL before Kerala HC seeking transfer of control of temple from the royal family to state government.

Jan 31, 2011: HC orders state government to take over the temple's control, restrains executive officer and Maharaja of the royal family against opening any of Kallaras (vault).

May 2: An appeal of Uthradam Thirunal Marthanda Varma, brother of the last ruler, comes up for hearing before the SC, which grants interim stay on the high court directives. It also directs conducting a detailed inventory of the articles/ valuables/ ornaments in Kallaras (vaults) and appoints a team of observers.

Jul 8: SC orders that opening of kallara 'A' and 'B' is to be kept in abeyance till further orders.

Jul 21: SC considers state's response, directs setting up of an Expert Committee to advise on inventory, conservation and security. It says panel would examine and give an opinion whether it is necessary to open Kallara 'B'.

Sep 22: SC examines interim report of the Expert Committee, issues directions. It says issue relating to opening of Kallara 'B' shall be considered after substantial progress is made in regard to documentation, categorization, security, preservation, conservation, maintenance and storage relating to the contents in the other Kallaras.

Apr 24: The Court appoints Administrative Committee headed by the District Judge, Thiruvananthapuram, to manage the temple.

Aug-Sep 2014: Gopal Subramaniam writes to SC opting out as amicus curiae. Later, he withdraws his resignation and continues to assist the SC.

Nov 27: SC accepts some of the recommendations made by the Amicus Curiae.

Jul 4, 2017: SC appoints Justice K S P Radhakrishnan as Chairman of the Selection Committee for the Sreekovil and other allied works.

Jul: SC says it would examine claims that one of the vaults of the temple contains extraordinary treasure with "mystical" energy, passes a slew of directions including on the security of the treasures, auditing of accounts and repair of the deity.

Jan-Apr 2019: The cases are posted before the bench comprising of Justices UU Lalit and Indu Malhotra for final hearing.

Apr 10: SC reserves verdict on pleas challenging January 31, 2011 judgement of the Kerala HC in the matter. 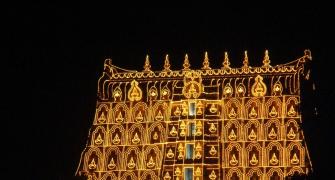 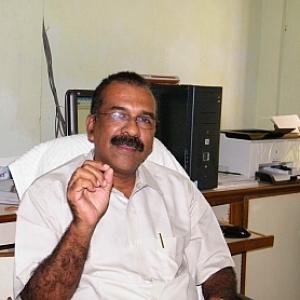 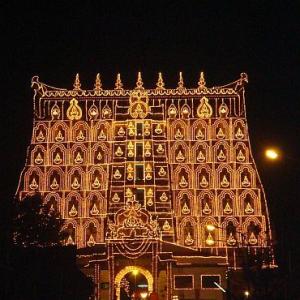