Source: PTI
September 11, 2010 14:36 IST
Arjun Munda was on Saturday sworn in as the Jharkhand chief minister, heading a coalition government of the Jharkhand Mukti Morcha and the Bharatiya Janata Party. The ceremony was skipped by top BJP leaders, including L K Advani, amidst reports of differences within the party over forming a government again with its erstwhile partner.

All Jharkhand Students Union chief Sudesh Mahto and JMM leader Hemant Soren, son of former chief minister Shibu Soren, were also sworn in at the ceremony, which was earlier scheduled to be held at 11 am but took place at 11:55 am, considered a more auspicious time.

Advani and other leaders including Sushma Swaraj and Arun Jaitley kept away from the function, apparently unhappy over the party coming together with JMM after breaking ties earlier this year when Member of Parliament Shibu Soren voted for the United Progressive Alliance government during voting on cut motions in Lok Sabha.

Party sources said Advani had decided to skip the event as he is miffed with the developments. BJP leaders are said to be upset with party president Nitin Gadkari and former chief Rajnath Singh, who took a decision on forming the coalition government in Jharkhand without involving others.

Governor M O H Farooq, who invited Munda to form the government on September 9, had directed him to prove his majority on the floor of the house within a week. The 42-year-old BJP leader, who became chief minister for a third time, is the eighth in 10 years since the mineral rich state was carved out of Bihar on November 15, 2000.

Munda has the support of 45 Members of Legislative Assembly with an effective strength of 81. No chief minister has ever completed a full term in the state.

The BJP and the JMM came back together after three months of parting company which had led to the imposition of President's Rule on June 1, with the assembly being put under suspended animation, after the BJP withdrew support to the Shibu Soren-led government. No party had come forward later to form an alternative government.

The BJP and the JMM had formed a coalition government on December 30 last year, but it lasted for only five months. 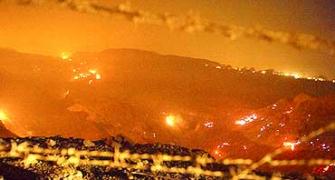 Jharkhand: The fire in the earth's belly
No conditions for Jharkhand govt formation: BJP
Munda to take oath as Jharkand CM on Saturday 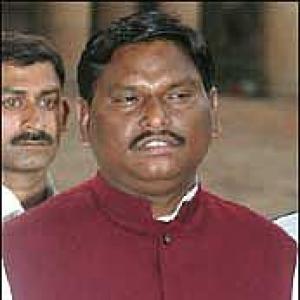