Indicating that he would drive a hard bargain in talks with the ally Bharatiya Janata Party during government formation, Shiv Sena chief Uddhav Thackeray said on Thursday that it was time to implement "50-50" formula for power-sharing. 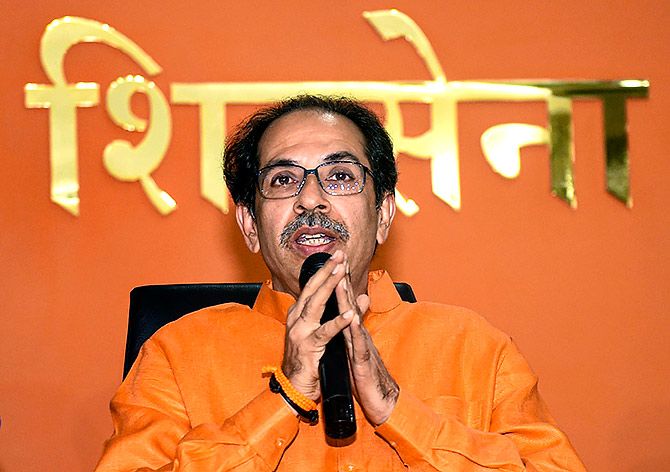 IMAGE: Shiv Sena chief Uddhav Thackeray described the mandate as an eye-opener for many and said that the people of the state had kept democracy alive. Photograph: Mitesh Bhuvad/PTI Photo

While the two parties can form the government comfortably, the BJP fell short of its target of reaching near the half-way mark on its own, giving more leverage to the Sena.

Asked by reporters which party will get the chief minister's post, Thackeray said, "It is time to remind the BJP about the formula arrived at when BJP chief Amit Shah visited my home....we had decided on fifty-fifty formula for the alliance."

"We agreed to contest fewer seats (than the BJP), but I cannot accommodate the BJP every time. I should allow my party to grow," Thackeray said.

The Sena chief added that he will discuss the results with his party leaders and BJP leaders and arrive at the power-sharing formula in a peaceful and transparent manner before the alliance stakes claim to form the next government.

Describing the mandate as an "eye-opener for many", Thackeray said the people of the state had kept democracy alive.

"Now nobody will question electronic voting machines," he said, in reference to opposition Congress-Nationalist Congress Party faring better than expected in the elections.

"Political parties need to keep their feet on the ground. Otherwise, people show them their place," the Sena chief added. 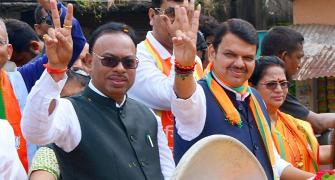 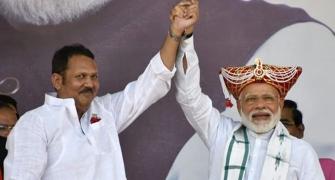