The Time magazine and CNN on Friday announced that they are going to revoke the suspension of Fareed Zakaria, noted Indian American writer and journalist, who was suspended last week by both outlets for alleged plagiarism.

Following a review of the allegations of plagiarism, for which Zakaria has apologised, CNN and Time in separate statements termed it as a "journalistic lapse" and unintentional error and announced that his popular column and the Sunday talk show would now resume.

"We have completed a thorough review of each of Fareed Zakaria's columns for Time and we are entirely satisfied that the language in question in his recent column was an unintentional error and an isolated incident for which he has apologised," Time's statement read.

"We look forward to having Fareed's thoughtful and important voice back in the magazine with his next column in the issue that comes out on September 7," it said.

"CNN has completed its internal review of Fareed Zakaria's work for CNN, including a look back at his Sunday programmes, documentaries, and CNN.com blogs. The process was rigorous. We found nothing that merited continuing the suspension. Zakaria has apologised for a journalistic lapse. CNN and Zakaria will work together to strengthen further the procedures for his show and blog," the news channel said.

Editor-at-Large at the prestigious Time magazine, Zakaria had apologised on August 10, after new reports appeared in the US media that his column about gun laws for Time's August 20 issue includes a paragraph that is remarkably similar to one Jill Lepore wrote in April for a New Yorker article about the National Rifle Association.

"Media reporters have pointed out that paragraphs in my Time column on gun control, which was also a topic of conversation on this blog, bear close similarities to paragraphs in Jill Lepore's essay in the April 23rd issue of the New Yorker," he said.

"They are right. I made a terrible mistake. It is a serious lapse and one that is entirely my fault. I apologise unreservedly to her, to my editors at Time and CNN, and to my readers and viewers everywhere," Zakaria had said in a statement.

Both the Time magazine and CNN accepted Zakaria's apology, but both suspended him for a month.

A day earlier, The Washington Post apologised to Zakaria after the daily wrongly accused him of another instance of plagiarism.

"Endnotes crediting Prestowitz were contained in hardcover and paperback editions of Zakaria's book. The Post should have examined copies of the books and should not have published the article. We regret the error and apologise to Fareed Zakaria," The Washington Post said on Wednesday. 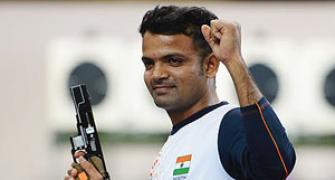 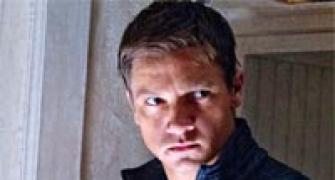 Jeremy Renner: A star is 'bourne'? 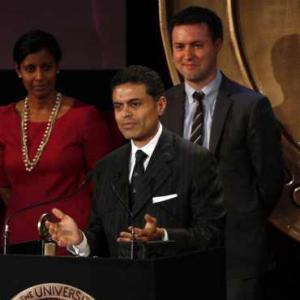