Ties to be affected if China disturbs peace in border areas: Jaishankar

External Affairs Minister S Jaishankar on Friday said India has consistently maintained its position that if China disturbed peace in the border areas, it will have an impact on the bilateral relationship. "We have had 15 rounds of talks at the commanders' level but there are experts also attending along with the commanders. We have made some progress, some substantial progress in terms of the sides pulling back from places where they are very close," Jaishankar told reporters during an interaction in Bengaluru.

"There are still some places where they have not, but we have consistently maintained the position that if China disturbs the peace and tranquility in the border areas, it will have an impact on the relationship," he added.

Jaishankar was replying to a query on the troubled relationship with China after the clash in Ladakh two years ago.

He said the border situation remained a big problem as the military has been holding its ground for two winters.

"It's something which has been a very resolute and strong position by the government which has been implemented on the ground by the armed forces. Obviously, because our positioning is very close, it's a very tense situation, it also could be a dangerous situation, so we are having talks," the minister said.

Jaishankar said the Russia-Ukraine war has led to a sharp rise in fuel prices. Trade and imports were hit, especially the import of sunflower oil.

He said India has always taken the view that the conflict is not in anybody's interest. Dialogue and diplomacy are the best answers and India kept reiterating the same message. 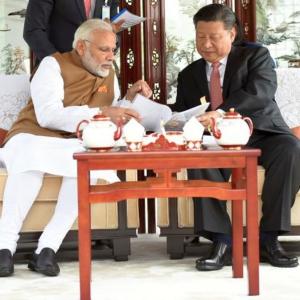