Three suspects are under the scanner of teams probing the gory death of a pregnant wild elephant in Kerala, Chief Minister Pinarayi Vijayan said on Thursday as he alleged some people, including Union ministers, were using the incident to tarnish the image of the state.

Personnel of Kerala police and the forest department's Crime Investigation Team, probing the incident which triggered widespread outrage especially on social media, visited the spot and collected evidence, he said, assuring that all concerns raised will not go in vain and justice will prevail and the culprits brought to book.

Forest department sources told PTI that the three suspects were being questioned and a search was on for two more people in connection with the death of the elephant on May 27.

State Governor Arif Mohammed Khan also took to twitter to express his anguish over the animal's death and said 'thousands of petitions from Kerala and outside' have been filed and the public outrage 'evoked by this shocking event is certainly understandable'.

The 15-year-old elephant is suspected to have consumed a pineapple filled with powerful fire crackers which exploded in the animal's mouth in the Silent Valley Forest and it died in Velliyar River about a week later.

Vijayan's assurance of stern action came amid a social media storm over the brutality meted out to the elephant and the Centre expressing serious concern.

Union Environment Minister Prakash Javadekar said it is not in Indian culture to feed fire crackers and kill and that the government would not leave any stone unturned to bring the culprit to book.

'Central Government has taken a very serious note of the killing of an elephant in Mallapuram, #Kerala. We will not leave any stone unturned to investigate properly and nab the culprit(s). This is not an Indian culture to feed fire crackers and kill (sic),' he said in a tweet.

Bharatiya Janata Party MP and former Union minister Maneka Gandhi tweeted that Malappuram is known for 'its intense criminal activity'
specially 'with regard to animals'.

Vijayan said there was an 'organised campaign' at the national level against Kerala and Malappuram district and accused the central ministers of being involved in spreading contradicting facts and statements.

"There is an organised campaign against Kerala and Malappuram at national level.... it is really unfortunate that certain people are using this incident to tarnish the image of the state and Malappuram in particular.

"In spite of having clarified that the incident took place in Palakkad and not in Malappuram as being propagated, people including central ministers are still not willing to correct the mistake.

"It now looks like they are doing it deliberately. This is not acceptable and any efforts to spread hatred using this incident will not be tolerated," he told reporters in Thiruvananthapuram.

The move to question the self-respect of the state cannot be accepted, the chief minister said, adding the attack was coming at a time when it was battling the COVID-19 pandemic.

When asked about Maneka Gandhi's statement that the incident happened in Malappuram, Vijayan said, "If those who had made mistakes are not ready to rectify it, then it means, it was a deliberate attempt."

Meanwhile, the state Forest department in a tweet said, 'There is no conclusive evidence that injury to lower jaw was caused by pineapple stuffed with crackers. However, this may be a possibility'.

A case has been registered under Wild Life (Protection) Act. Explosives Actand Prevention of Cruelty to Animals Act.

'In the offence registered as per the sections of WL (P)A for hunting the elephant, several suspects are being interrogated. SIT formed for the purpose is making a significant headway in this regard. Forest Dept will leave no stone unturned to ensure max punishment to the offenders,' the department said in a tweet.

It clarified the 'place where the unfortunate incident took place falls in Palakkad district, and not in Malappuram district as reported in some sections of the media'.

Vijayan earlier tweeted: 'In a tragic incident in Palakkad dist, a pregnant elephant has lost its life. Many of you have reached out to us. We want to assure you that your concerns will not go in vain. Justice will prevail. An investigation is underway, focusing on three suspects... We will do everything possible to bring the culprits to justice.'

Kerala is a society that 'respects the outrage against injustice' and the state will try to address the causes behind the increased incidences of human-wildlife conflict, he said adding Climate change could be adversely affecting both the local communities and animals.

Vijayan said 'we are saddened by the fact some have used this tragedy to unleash a hate campaign. Lies built upon inaccurate descriptions and half truths were employed to obliterate the truth. Some even tried to import bigotry into the narrative. Wrong priorities'.

Slamming Maneka Gandhi, Congress leader Ramesh Chenntihala said her statement on Malappuram had 'given a space for airing hate speeches abusing a district and its people'.

Attempts were made to politicise the incident by stating that it took place in Rahul Gandhi's constituency Wayanad, he tweeted.

The pachyderm's tragic end came to light after a forest officer posted an emotional note on his Facebook page, narrating it. 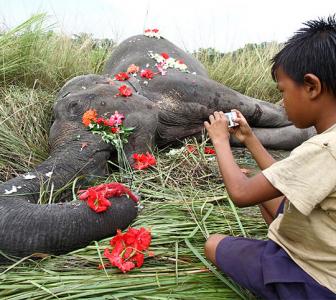 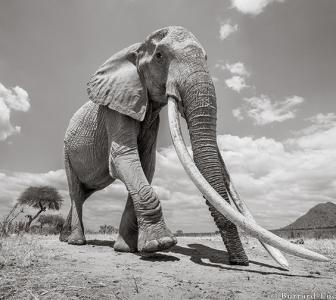 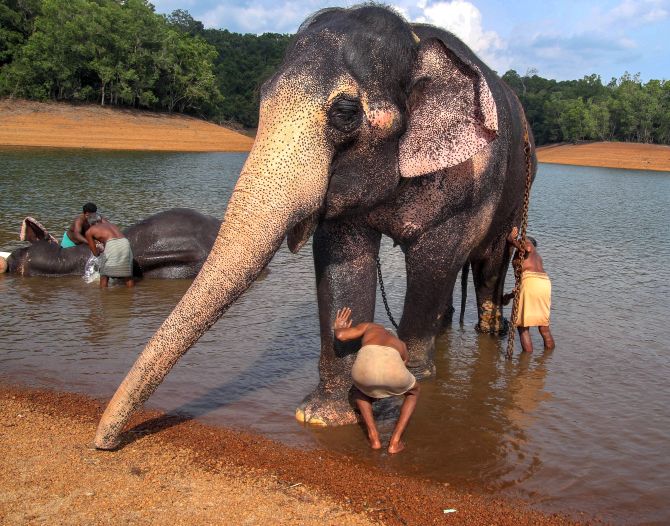