Congress president Sonia Gandhi on Thursday launched a scathing attack on the Modi government accusing it of disrespecting the country's diversity, denying its pluralism and seeking to take it backward. 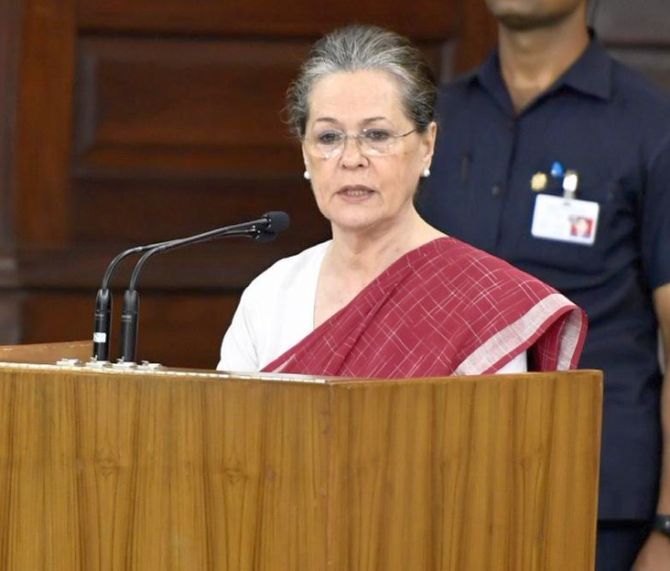 Delivering her speech at the Jawaharlal Nehru Memorial Lecture at the Nehru Memorial Museum and Library in New Delhi, she alleged the Modi government lacked the capacity, vision and wisdom to uphold Nehru's legacy.

On the 130th birth anniversary of the country's first prime minister, Sonia called upon all to unite and speak up against the "bigotry, injustice and mismanagement" of the last six years.

Jawaharlal Nehru's vision stood on four pillars -- democratic institution-building, staunch secularism, socialist economics and a non-aligned foreign policy -- and they remain at the core of true India, she said.

"It is lamentable that those who are in power today are blind to this truth. They lack the capacity, the vision and the wisdom to uphold this legacy. The forces unleashed by our present rulers want to dictate to us what we can do, say or think.

"Their idea of unity is uniformity. They disrespect and fear diversity which means they deny our pluralism, our freedom of choice, which are integral to our fundamental rights. Their language may be modern, but they seek to take India backward, not forward. For after all, they made no sacrifices to shape India's destiny," she said.

"It falls on each and every one of us to pull away this hypocrisy and reveal the darkness lurking beneath. We must unite and speak up against the bigotry, injustice and mismanagement of the last six years. Not just for ourselves, but for the millions of our fellow brothers and sisters who continue to suffer," she also said.

Listing out the four pillars of Nehruvianism, she said, these were integral to his vision of India. "Today, this vision is fundamentally under attack, but it remains at the core of the true India that we must continue to fight for."

Describing Nehru as India's "greatest son", Gandhi said his timeless legacy and his contributions are being decried.

"Today, when we take our democracy and pluralist social fabric for granted, it is easy to forget the magnitude of contributions made by titans like Nehru and others of his time. It is easy to forget the challenges these men and women were faced with, the complexity of the questions they had to answer, and the arduous project of nation-building they embarked upon. It is their lifelong labours that have brought us to the India we recognise and cherish today," she noted.

The Congress chief said Nehru led a country that had not just been ravaged by colonialism and Partition, but had been reduced by 1947, into one of the poorest, most exploited societies on earth.

"Indeed, under similar circumstances, in many other countries, such conditions led to the suppression of democracy in the name of unity and development. And, in its place, came the rise of authoritarian regimes that preyed on the hardships of the people for the benefit of a handful," she said.

She said when confronted with challenges that would have crippled the very best, Nehru chose instead to put his faith in a democratic system which treated all citizens as equal and trusted the collective wisdom of their electoral choices.

"Rather than compromise on this commitment, he would go on to launch India on a remarkable experiment in democracy. That was his own tryst with destiny. In doing so, he not only etched an eternal mark in the history of our nation, but in his time went on to consolidate India's democracy and entrench the foundational values of our polity, values to which we are still proud to lay claim," Gandhi said.

Others who spoke included Madhavan K Palat, who has worked in research on Nehru, besides former union minister who worked with Nehru Dr Karan Singh. 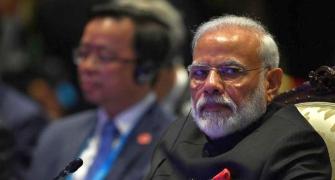