There is a striking similarity between the Times Square scare on Sunday and the 2007 Glasgow airport attack bid. In both cases, propane fuel was used. Speaking to experts, Vicky Nanjappa tries to uncloak the plot behind what could have been a deadly terror attack.

The defusing of a car bomb at the Times Square was a major relief for the New York police. Had the bomb, which contained propane gas containers gone off, the result could have been disastrous, say experts.

The Times Square plot incident brings back memories of the 2007 Glasgow international airport attack where the deadly propanes were used by the Bangalore-based Kafeel Ahmed. The hard disks seized from Kafeel and the interrogation of his accomplice, Bilal, revealed that they had intentionally used propane gas in the bid to blow up the Glasgow airport.

Compared to the deadly RDX, propane gas, experts indicate, was easily available and did not catch the attention of the security as RDX would have.

These materials -- unlike the RDX -- are easy to source and are normally used by terrorists in high-security zones. There are various similarities between the Glasgow incident which involved Kafeel and the one that occurred at the Times Square on Sunday.

Kafeel had conducted a thorough recce on the use of this gas before actually attempting to use it. The bomb, however, did not go off, since security agencies were able to intercept the jeep that he was driving. Ahmed, however, died after battling severe burn injuries in hospital.

Experts say the effects of a bomb when propane cylinders are used can be as disastrous as ammonium nitrate or RDX.

The cylinders are usually packed with sharp objects such as nails which can be sprayed up to huge distances when the cylinder explodes. The cylinder usually bursts after the vehicle in which it is placed explodes. Such attacks come under the definition of a suicide or fidayeen strike.

Propane gas cylinders can also be made to explode with a timer device attached to it. The device usually causes a spark which causes cylinders to explode.

All these devices are packed together, experts point out. Kafeel, too, had deviced a similar bomb all by himself as he was completely influenced by Al Qaeda preachings. However, investigations never revealed any link of his to any outfit and investigators came to the conclusion that this was a solo operation.

When a bomb fitted with a propane cylinder explodes, it first causes a huge ball of smoke which normally spreads to a diameter of 500 to 600 yards. If these devices are packed with shrapnel then the impact is huge. The shrapnel and the material from the car spreads out due to the impact and can very easily cause of loss of life and huge damage to property.

While the shrapnel is inserted only to add to the damage, the biggest worry is the fire that the explosion would cause. To add to the damage would be the car fuel which would be flung at a very high velocity at the near by buildings thus resulting in a major fire.

Experts point out that the above mentioned impact is the result of just one cylinder which is normally 13 kg. In the case of Kafeel, he had fitted his jeep with two such cylinders. The impact tends to increase depending on the number of cylinders.

Terrorists normally prefer using propane cylinders in car bombs due to its easy availability. Propane is usually used for refrigeration and is very easily available under various brand names.

There is no restriction to carry these cylinders which only makes the job of a terrorists easier. Bombs which are fitted with propane cylinders are aimed more towards creating panic than loss of life. The fire that it would cause would be most devastating.

When Kafeel prepared the bomb, he had not fitted it with shrapnel. His intention was to cause a major fire in the airport and cause panic. However, the bomb which was defused on Times Square contained shrapnel, which only goes on to show that the culprit wanted to strike a double blow. The impact of the shrapnel is almost the same when compared to the one used in bombs containing RDX or ammonium nitrate experts further pointed out.

Propane gas contains a liquefied propane and hydrocarbon and its explosive properties for every 10 litre of gas is equal to 2770 litre of flammable gas and air mix. 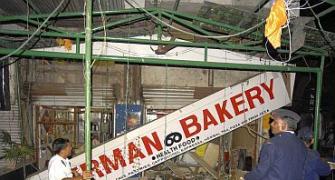