Beginning next month, all central government posts will be filled after factoring in the recently approved 10 per cent reservation for economically weaker sections according to an official order. 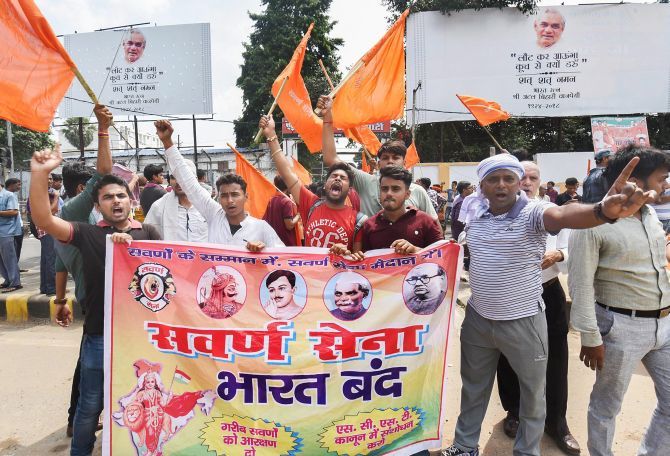 The ministry of personnel in the order said that detailed instructions regarding the procedure for the implementation of the EWS quota will be issued separately.

"It is hereby notified that 10 per cent reservation would be provided for economically weaker sections in central government posts and services and would be effective in respect of all direct recruitment vacancies to be notified on or after February 1, 2019," it said.

The Constitution (124th Amendment) Bill on providing 10 per cent reservation in jobs and education to the general category poor was passed by Parliament on January 9.

"Persons who are not covered under the existing scheme of reservations for Scheduled Castes, Scheduled Tribes and socially and educationally backward classes and whose family has gross annual income below Rs 8 lakh are to be identified as EWSs for the benefit of reservation," according to an order by Ministry of Social Justice and Empowerment.

The income and assets of the families would be required to be certified by an officer not below the rank of Tehsildar in States/Union territories, after carefully verifying all relevant documents following due process as prescribed by the respective State/UT, the order said.

Instructions regarding reservation in admission to educational institutions will be issued by the Human Resource Development ministry, it said.

No EWS quota to those who settled in Gujarat after 1978: Govt

The Gujarat government has said those who have settled in the state after 1978 will not get the benefit of 10 per cent reservation for the economically weaker sections in the general category.

The move is apparently aimed at giving preference to Gujaratis in education and jobs and protecting their interests.

However, the opposition Congress and people from other states, who have made Gujarat their home, have opposed the state government over the move.

The Gujarat government became the first state in the country to implement 10 per cent reservation in state government jobs and education for the economically weaker sections (EWS) in the general category.

To qualify for the newly-introduced 10 per cent reservation in general category, the state government on Wednesday announced that the family of the quota beneficiary should have been residing in the state since 1978.

Since the new rule would impact thousands of youths from other states settled in Gujarat, particularly from Hindi-speaking states, their apex organisation decided to make a representation to authorities.

Maheshsingh Kushwah, president of Uttar Bharatiya Vikas Parishad, said it is an "injustice" to exclude those who have been living in Gujarat since four decades.

"Forty one years is a very long period. Many who came before 1978 might have already died. This is injustice to us. What about those who came here and settled permanently 20, 30 or even 40 years back? Why they have they not been included? This criterion should be 10 years," said Kushwah.

"We will discuss this issue among ourselves and make a representation to the state government seeking relaxation in this new rule," he added.

Gujarat Congress spokesperson Manish Doshi said there was no need to introduce this criterion as the domicile rule is already in place, wherein a person qualifies to be a domicile of the state if he is either born here or has been living for over 10 years.

"There was no need to change the original quota law passed by the Centre. Perhaps, this is a tactic by the state government to deprive the beneficiaries. Since the domicile rule is already in place, there was no need to introduce this new rule, which asks for over 40 years of residency," said Doshi.

Gujarat Deputy Chief Minister Nitin Patel had Wednesday announced two rules for the implementation of EWS quota in the state.

He had said the family of the beneficiary should be residing in the state from before 1978 to qualify for the quota benefits in government jobs and educational institutions.

In addition, Patel had said the government will only consider Rs 8 lakh annual income cap and not take into account land and house ownership criteria for providing 10 per cent reservation to candidates from EWS in the general category.

The state government will not consider aspects like agricultural land holding or house ownership while deciding the qualification for the 10 per cent reservation as long as the beneficiary's family income is less than Rs 8 lakh a year, Patel had said in a statement after the cabinet meet.

In addition, it was announced that 33 per cent seats for women will be reserved within the 10 per cent EWS quota for general category.

The decisions were taken at the cabinet meeting and a notification regarding the same will be issued soon, it said.

"The government has decided to consider only one aspect of family income of less than Rs 8 lakh as the eligibility criterion for candidates from general category to qualify for the 10 per cent EWS quota," Patel had said.

The Centre has set annual income of less than Rs 8 lakh along with criteria such as the family owning less than five acre farm land and having less than 1,000 sq feet house in a town or 100 sq yard house in notified municipal area for availing the EWS reservation benefits.

The BJP-ruled Gujarat was the first state to announce implementation of the 10 per cent EWS quota from January 14 soon after it became a law. 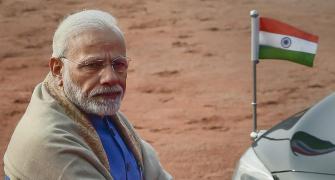 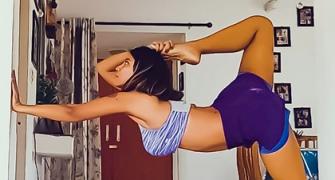 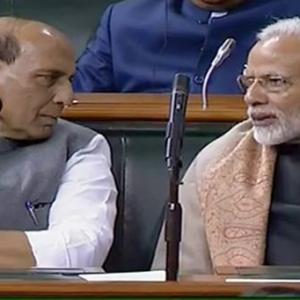