Top Tehrik-e-Taliban Pakistan leader Wali Ur Rehman, in a rare video appearance, has pledged to send fighters to Kashmir and wage a struggle for the implementation of Sharia rule in India.

The United States had earlier announced a $5 million reward against Wali Ur Rehman for his involvement in the murder of seven Central Intelligence Agency officials in Afghanistan in December 2009.

Rehman, along with the TTP chief Hamikullah Mehsud, is believed to have said this in a rare video:

"The practical struggle for a Sharia system that we are carrying out in Pakistan, the same way we will continue it in Kashmir, and the same way we will implement the Sharia system in India too. And this is the only solution for people's problems," said Rehman, according to the translation provided by the Jihad and Terrorism Threat Monitor of Middle East Media Research Institute, a Washington-based think tank.

The video in Pashtu, with Urdu subtitles, has been produced by Umar Media, the broadcasting arm of the TTP.

The video is titled The False Propaganda of the Dajjali Media Revealed. It was released to internet on January 6.

According to MEMRI, TTP's official spokesman Ehsanullah Ihsan can also be seen in the video, which devotes a section on Kashmir.

Claiming that the Jihad launched by the Pakistani government inside Kashmir has failed to yield the desired result, the TTP says that it will launch its own jihad in the valley and talks about sending its own jihadi forces there.

"Allah willing, the mujahedeen of Tehreek-e-Taliban will arrive in Kashmir and as per the Islamic Sharia will help the Kashmiris get their rights. As our ancestors sacrificed their lives for Kashmir and got Kashmir liberated by force (in 1947-48), the same way their progenies, walking in the footsteps of their forefathers, will get Kashmir liberated (from India), and will help them get their rights," Rehman said.

"That registered (government-sponsored) jihad that Pakistan had begun cannot liberate Kashmir, and even if it were to be liberated, it will be for name only, but the system will not change (in favour of Islamic Sharia rule) and their fate will not be changed, and if it were to change, only Sharia system will change it. And it is our promise to those people (in Kashmir), that we will share their grief," the propaganda says as per the translation provided by MEMRI.

"Insofar as Pakistan's dirty policy (on Kashmir) is concerned, as per which Kashmiris have been ruined and destroyed under the pretext of Kashmir policy, their everything has been destroyed, we strongly condemn this policy too as much as we do India's atrocities," said Rehman.

Tufail Ahmed from MEMRI -- a Washington-based expert who keeps a tab on the terrorist outfits of the region -- said that this should not be dismissed as a propaganda video.

"Basically, it is a formal articulation of viewpoint by the Tehreek-e-Taliban Pakistan on key major issues, for example jihadi activities in Pakistan and Afghanistan and the Arab Spring. The timing of the video is important for three reasons: First, it was released on the eve of Afghan President Hamid Karzai's visit to Washington DC. And the TTP commanders do reveal how they look forward to the withdrawal of American forces from Afghanistan in 2014, hoping that Taliban leader Mullah Omar will hold some kind of power after 2014 and his policies will also be followed by the TTP. Importantly, Mehsud clarifies that Mullah Muhammad Omar is not merely the emir of Pakistani Taliban and Afghan Taliban, but also of Al Qaeda worldwide," he said.

Secondly, the video is aimed at quashing rumors about a conflict among top TTP commanders, with Maulana Waliur Rehman and Maulana Fazlullah seeking to dislodge Hakimullah Mehsud from the position of TTP emir, he said.

"One thing that must worry international intelligence agencies, especially the US, is TTP Emir Hakimullah Mehsud's statement in this video that Tehreek-e-Taliban Pakistan is an international organisation," he said.

"This is totally unprecedented, though in the past his predecessor Baitullah Mehsud has expressed similar visions; but now it simply means that the Taliban leadership is broadening its horizons internationally, which may be due to the US withdrawal of forces by 2014 and the emerging vacuum," Ahmed said.

"Significantly, in the video, Mehsud offers to support jihadi fighters in Arab countries. India also needs to worry because this might be the first time that the TTP is expressing a detailed diversification of jihadi battlefield to include Kashmir and the wider India," Ahmed said.

According to the US State Department, Wali Ur Rehman is the second in command and chief military strategist of Tehrik-e-Taliban Pakistan. He commands TTP members in South Waziristan. 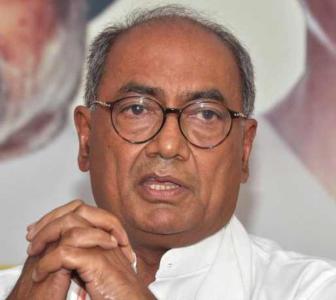 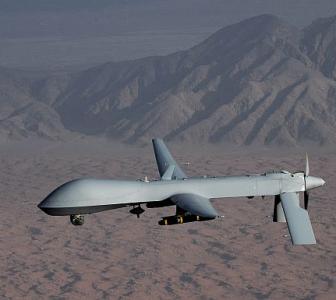 US drones have killed 5 key Taliban commanders this year
Will attack Pak army if op launched in N Waziristan: TTP

CM to seek phased withdrawal of AFSPA in Kashmir