Suvendu Adhikari, the Bharatiya Janata Party candidate against Mamata Banerjee in Nandigram, Monday said he has sought rejection of the nomination of the West Bengal chief minister for not declaring six criminal cases against her while filing her papers. 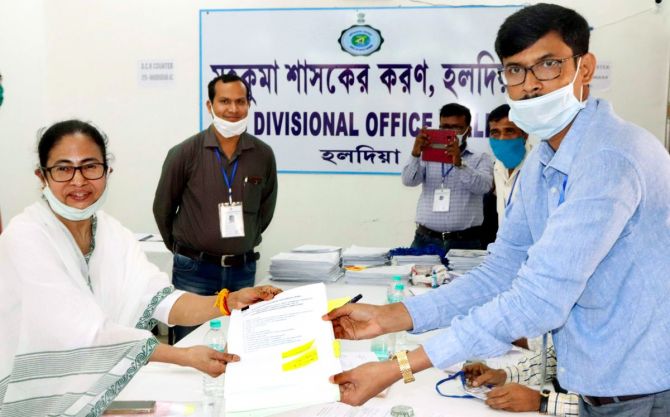 In his complaint to the Election Commission, Adhikari, a former confidante of Banerjee, claimed she suppressed the information about five cases filed against her in Assam and another lodged by the CBI in West Bengal.

He said he has mentioned the case numbers in his complaint but did not elaborate on the offences allegedly committed by the TMC supremo, sources in the office of the state's Chief Electoral Officer (CEO) said.

"The TMC candidate for the Nandigram assembly constituency, the honourable chief minister, in her affidavit has not mentioned at least six cases which are under trial against her. One is a CBI case and five others are in Assam.

"I have appealed to the ECI (for rejecting her nomination). I hope they will take necessary action. I will wait and see what action they take. The action must be as per the law," Adhikari told reporters.

A senior EC official said the matter is being looked into.

No immediate reaction was available from the TMC.

In a significant ruling in March 2018, the Supreme Court had said the returning officer for an election can reject nomination papers of a candidate for non-disclosure and suppression of information, including those related to their assets and criminal background.

It had ruled that voters have a fundamental right to know about their candidates and leaving columns blank in the nomination paper amounts to violation of their right. 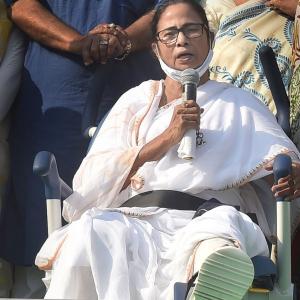