News
Business
Movies
Sports
Cricket
Get Ahead
Money Tips
Shopping
Sign in  |  Create a Rediffmail account
Rediff.com  » News » Nobody can take away my post as worker: Sushil Modi on dy CM suspense

Nobody can take away my post as worker: Sushil Modi on dy CM suspense

Amid speculations over the deputy chief minister's post in the new Bihar government, incumbent Sushil Kumar Modi said on Sunday that the Bharatiya Janata Party and the Sangh Parivar have given him a lot in his political career. 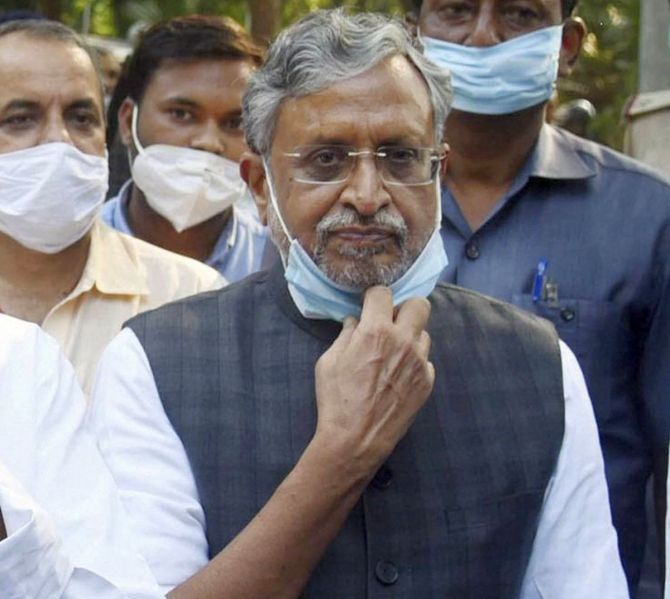 Speculations were rife over the post with senior BJP leader Rajnath Singh, who was in the state to oversee the party's post-election activities, and chief minister Nitish Kumar keeping off from the issue when asked by the press.

A tweet from Sushil Modi further intensified the suspense over the party's next move.

"The BJP and the Sangh Parivar gave me so much in the political life of 40 years that no other person got it. I will discharge whatever responsibility is given to me in the future. Nobody can take away (my) post as a worker," he tweeted in Hindi.

Kumar was elected the leader of the ruling NDA in Bihar, and several names were doing rounds, including that of Sushil Modi, four-term Katihar MLA Tarkishore Prasad, eight- term Gaya town legislator Prem Kumar and Dalit MLC Kameshwar Choupal as his probable deputy.

When asked about the issue, Rajnath Singh said, "We will make a decision. You will get to know at the right time."

Speaking to reporters, the chief minister said, "Whoever it will be, you will be informed on time."

Kumar will take oath on Monday.

Rajnath Singh, also the defence minister, has flown to Patna to oversee the party's activities in the run-up to the government formation in the state.

The BJP has named Tarkishore Prasad as its leader in the state assembly and Renu Devi his deputy.

Sushil Modi has been the deputy chief minister of Bihar since 2005, barring a 20-month break when Nitish Kumar formed a government in alliance with the Rashtriya Janata Dal in 2015, and is known to share an excellent rapport with the chief minister. 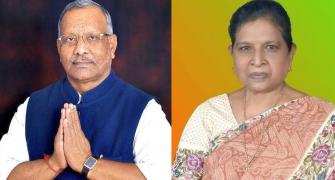