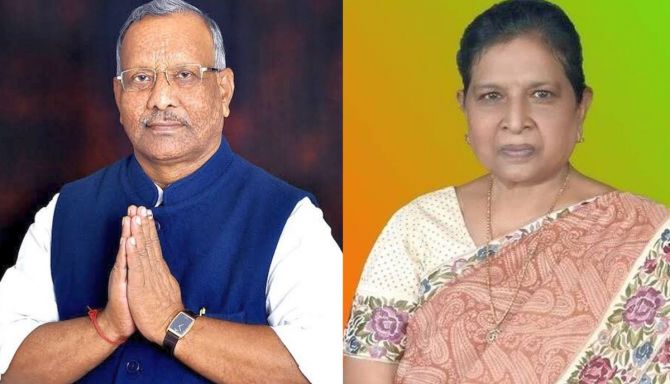 Bettiah MLA Renu Devi has been made party's deputy legislature party leader and she could be another deputy cm from the saffron party in the NDA ministry which will be sworn in Monday.

Prasad and Renu Devi's names were announced at the BJP legislature party meeting in Patna during the day.

Sushil Kumar Modi proposed name of Prasad as the party's legislature party leader which was seconded by all the newly-elected MLAs.

Prasad will perform the responsibility this time in place of Sushil Modi.

Not much is known about Prasad in the political circles.

He hails from the Kalwar caste, which is a part of the Vaishya community that comes under the backward class category.

Prasad won from Katihar assembly segment in the current assembly elections for the fourth straight term.

The 52-year-old BJP leader has risen from the ranks of Akhil Bhartiya Vidyarthi Parishad, an affiliate of the Rashtriya Swayamsevak Sangh.

Prasad, who has been winning Katihar constituency since October 2005, is an Intermediate (10+2) science pass out from D S College, Katihar in 1974 and has shown agriculture as his profession in the affidavit submitted in the recently held elections.

Renu Devi is from the Noniya caste, which is an extremely backward class community.

She has been elected four times from Bettiah to the Bihar legislative assembly and was a minister in Bihar in the second NDA governmnet in 2010 headed by Nitish Kumar.

"Congratulations to Tarkishore jee for being unanimously elected as BJP legislature party leader," Sushil Kumar Modi said in a tweet.

The BJP, which has traditionally been considered as the party of upper castes and Vaishyas/Baniyas, seems to be consolidating its base especially among Vaishyas and EBCs.

Out of 24 Vaishyas/Baniyas MLAs who won in the just concluded 2020 assembly polls, 15 are from BJP.

Similarly, the BJP won five while its ally Janata Dal-United won nine seats out of the 19 EBC legislators.

Prasad said as a dedicated BJP worker whatever responsibility is given to him he would try to perform with all dedication.

"I came to know about my selection only in the legislature party meeting. Whatever work is given to me by the party I will try to perform it sincerely," he told reporters.

Renu Devi said she will follow the party's order. 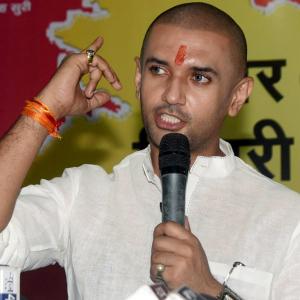