A female student of the Pondicherry University, a gold medal winner, alleged that she was prevented from attending the convocation ceremony on Monday at which President Ram Nath Kovind was the chief guest. 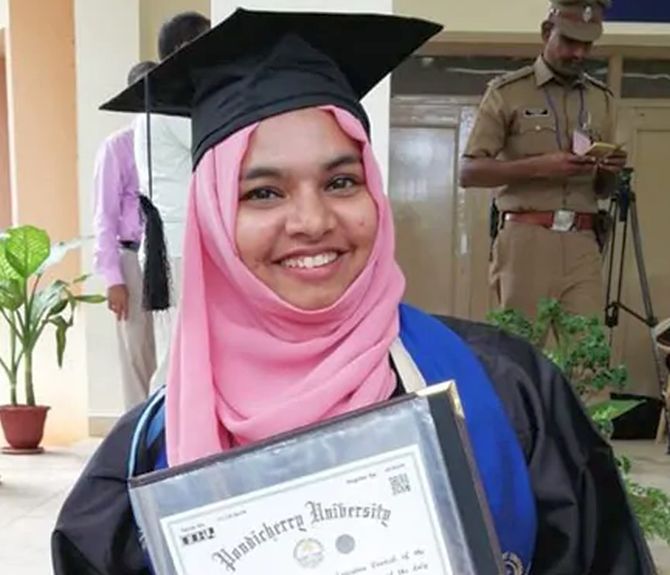 Rabeeha Abdurehim, who hails from Kerala and had done her Masters course in Mass Communication, also refused to accept the gold medal to express solidarity with students protesting against the Citizenship Amendment Act.

The student claimed she was asked by a senior police officer to leave the auditorium before the commencement of the convocation.

She was allowed into the auditorium after the President left when the ceremony continued to present gold medals and certificates to the outgoing graduates.

She said she did not know the actual reason why she was asked to leave by the police officer.

Rabeeha Abdurehim said she received the degree scroll and declined to accept the gold medal to express solidarity with students protesting the CAA.

The convocation ceremony continued after the President left the campus and an university official handed over the certificates and medals.

An official in the university said that they did not know what had happened outside.

"The ceremony went off well," the official said.

Earlier, President Ram Nath Kovind participated in the 27th convocation of the Pondicherry University, amid a boycott by members of the students council over the newly amended law.

The convocation, also attended by Lieutenant Governor Kiran Bedi and Chief Minister V Narayanasamy, was held in the midst of tight security in and around the campus. 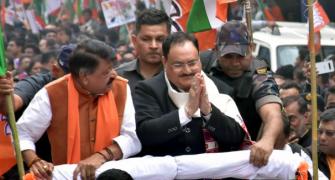