The march which commenced from Hind Cinema-CR Avenue will culminate at Shyambazar. During the march, Nadda and Vijayvargiya were atop a jeep, waving to the people amid tight security.

While party workers and supporters waved BJP flags, and raised slogans in favour of the party.

Several leaders including Locket Chatterjee and Roopa Ganguly were present at the march. 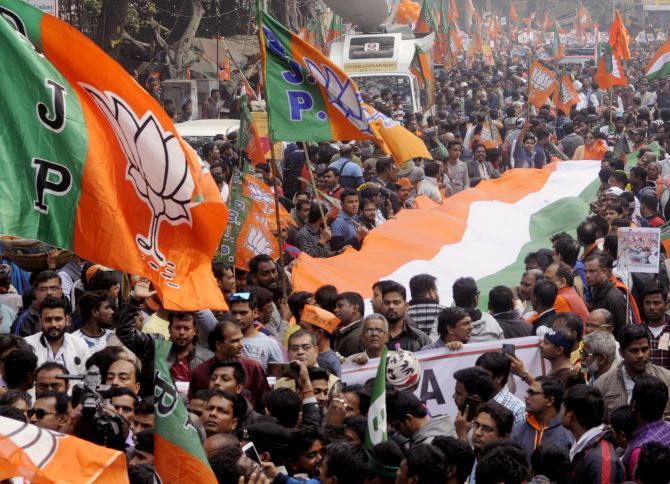 "We are leading the march in a peaceful manner. People have been misled. In West Bengal, the chief minister herself is troubling the people. You are telling lies to the people and troubling them," Ganguly said.

Nadda is scheduled to address a public gathering at Shyambaza where he is likely to talk about the benefits that the people will reap from the implementation of the Citizenship (Amendment) Act.

The Act grants citizenship to refugees from Hindu, Christian, Sikh, Buddhist and Parsi communities fleeing religious persecution from Pakistan, Afghanistan, and Bangladesh, who arrived in India until December 31, 2014. 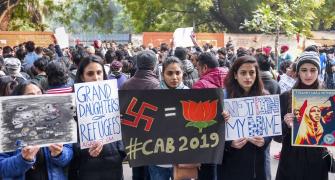