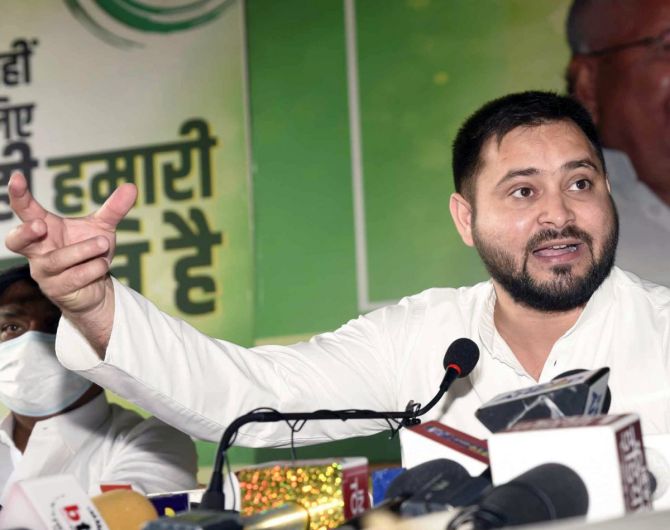 The RJD leader was sitting on the dais when someone from the crowd hurled slippers towards him, party and official sources said.

While one slipper misses him completely, the other landed in his lap, a video clip of the incident shows.

Yadav was in the Kutumba assembly segment to address a public rally.

The incident took place as soon as he took his place on the stage amid slogans in his support by party workers.

Sources said a physically challenged man sitting on a tricycle is believed to have thrown chappals at the RJD leader.

People and the security personnel caught him and took him away from the public meeting, the sources said.

Tejashwi was seemingly unfazed by the incident as he didn't even mention it in his speech.