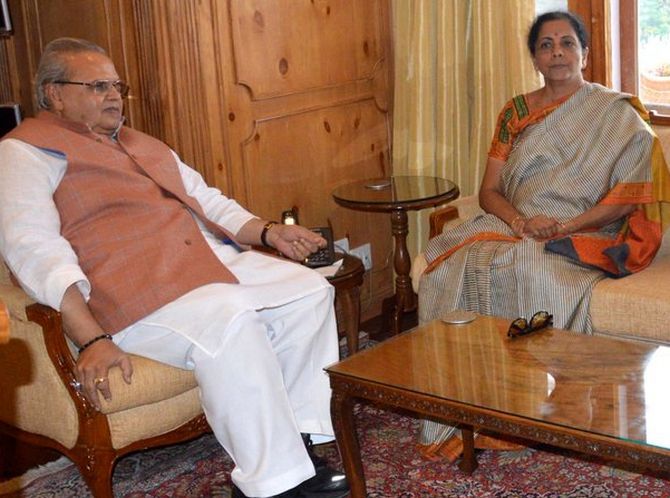 Sitharaman met the Governor at Raj Bhawan and the two discussed issues related to security along the Line of Control and hinterland of the state, officials said.

They said Sitharaman visited Balbir Post where she interacted with the troops of 28 Infantry Division. She is the first defence minister to visit the Balbir post, the officials added.