Chinese President Hu Jintao has said that Beijing regards its relationship with New Delhi as one of the most important bilateral ties.

Speaking on the 60th anniversary of the establishment of diplomatic ties between India and China, Hu said that China is ready to strengthen friendship, deepen mutual trust and expand cooperation with India.

According to China's foreign ministry website, Hu and his Indian counterpart Pratibha Patil exchanged congratulatory messages on the occasion.

The China Daily quoted Patil as saying that the Sino-India bilateral ties have global and strategic significance, as the close cooperation between the two nations would impact peace and stability in Asia and the world at large.

In his message, Wen said the world has enough room for China and India to develop together.

The neighbours should learn from and support each other to achieve win-win results and common development, Wen said.

India's National Security Adviser Shiv Shankar Menon on Thursday said that India and China have found a way to manage their differences over "the most complicated and difficult" boundary dispute and have decided not to allow it to stand in the way of expanding ties in other areas.

"The two countries have found a modus vivendi to deal with the boundary issue and to manage their different approaches to issues where their peripheries overlap," he said.
Source: ANI
Related News: China Daily, Hu Jintao, Wen Jiabao, India, Shiv Shankar Menon
SHARE THIS STORY
Print this article
Pak signed 'civil nuke deal' with China ahead of US talks
'There is peace on our borders with China' 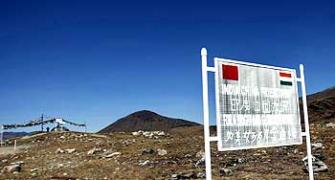 'India, China need to understand each other better'