He is not radical and is a 'simple boy' but he was 'tired' of travelling extra kilometers as roads are blocked due to protests at Shaheen Bagh, said family members of Kapil Gujjar, who was arrested for firing in the air at the south-east Delhi locality on Saturday. 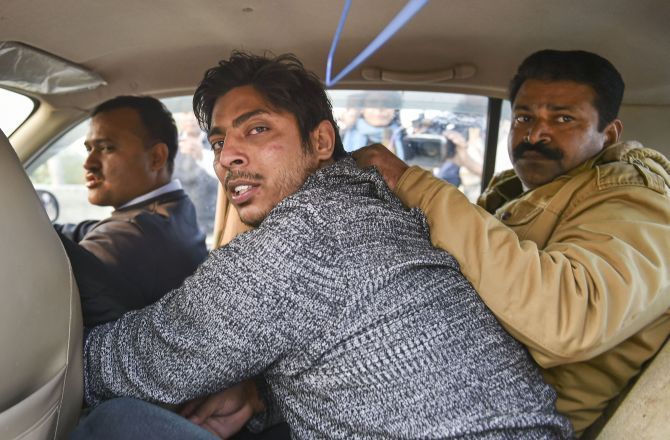 Kapil, who owns a dairy business in Dallupura village on the Delhi-Uttar Pradesh border, fired two rounds in the air at Shaheen Bagh, the epicenter of anti-Citizenship Amendment Act protests due to which a major road connecting south Delhi to Noida is blocked for over a month now.

"On normal days it takes two hours to reach the Badarpur Dairy (in south Delhi). He had to travel just 10 kilometres. But due to the protests, he had to travel 35 kilometres and he reached home at 1 am.

"He was tired with this but definitely not that disturbed to do anything like that (shooting)," Kapil's uncle Fateh Singh said.

The Gujjar family has a small dairy unit in Dallupura and a larger one at Badarpur, and the business was getting affected as Road No 13 at Kalindi Kunj is blocked, he claimed.

"I was in my house till 12 pm and left for office after that. Till that time Kapil was in the house. Later, I received information that he fired rounds in Shaheen Bagh," Kapil's father Gaje Singh told reporters.

The family is shocked. He left without informing anyone and all thought he went to play cricket, said Singh, who had contested the assembly elections from Jangpura on a Bahujan Samaj Party ticket in 2010 but lost.

"We have no idea how he has done it, from where he procured the weapon. He is a very simple boy and never messes with anyone," he said.

25-year-old Kapil, who has a one-year-old daughter, wanted to become a reporter, but he dropped out of college and joined the dairy business, family members said at his tow-storey house in the village.

He had joined the media course at IMS College in Delhi after passing out from a local school at Vasundhara, they said.

Kapil didn't have any "radical thoughts" or influence of any religious or political groups, his family members claimed.

"He is a simple boy who can only think about buffaloes and expanding his father's dairy business. Today at 12.30 pm he left his house after greeting me like every day.

"I thought he left for the dairy in Badarpur but later in the evening we learnt from news channels that he has been arrested for firing," said Satish Kumar, a relative.

He also added that a week ago the Gujjar family had to drop its plan to attend a wedding because they did not want to take a long detour to go to south Delhi.

According to a senior police officer, during Kapil's interrogation it was learnt that he had to go to Lajpat Nagar in south Delhi and he felt very inconvenient to take a detour. This claim is being verified, the officer said.

Kapil, after being overpowered by police at Shaheen Bagh, had chanted 'Jai Shree Ram' and said, "Hamare desh me aur kisi ki nahi chalegi, sirf Hindu ki chalegi (only Hindus shall have a say in our country, no one else)," as he was taken into custody by the Delhi Police.

"We suspect that he was instigated by someone at Shaheen Bagh but he was not carrying a pistol with him when he left from home. We just saw him being taken by police and later Azad Nagar police reached home for investigation," Singh said.

"Had we known Kapil was going to Shaheen Bagh we would have never let him go," he said.

The Saturday shooting incident was second at Shaheen Bagh.

On Thursday, a man fired his pistol on a group of anti CAA protesters in the area, injuring a Jamia Millia Islamia University student.

Kapil's brother said, "I think he has been framed. Some could have instigated him".

Kumar said the family has a 'good reputation' in the village and has rented out houses to eight Muslim families.

"He has Muslim friends and they visit our home for festivals. He never had any hatred for Muslims or extremist thoughts for any religion. He didn't have any association too with political groups. His every day routine is limited to dairy business," he said.

Kapil or anyone in his family doesn't have any licensed or unlicensed arms, a family member said, adding that he is not a very outgoing person but maintained good relations with all residents in village.

The Dallupura village which is a Gujjar dominated village too claims that Kapil has been framed.

Ujjawala Nayudu and Nitin Rawat in New Delhi
Source: PTI© Copyright 2021 PTI. All rights reserved. Republication or redistribution of PTI content, including by framing or similar means, is expressly prohibited without the prior written consent.
SHARE THIS STORY
Print this article 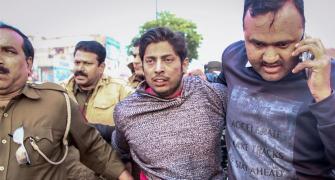