The Enforcement Directorate questioned Congress leader D K Shivakumar's daughter Aishwarya for over seven hours in New Delhi on Thursday in connection with its money-laundering probe against the politician from Karnataka, officials said. 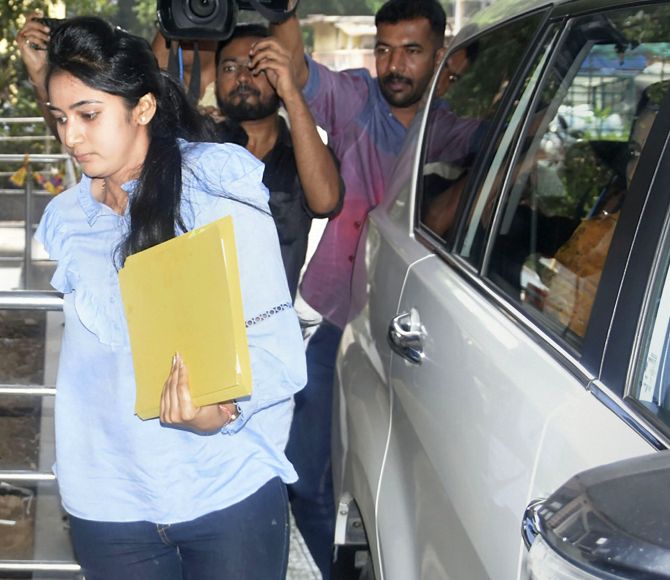 IMAGE: Aishwarya, daughter of Congress leader DK Shivakumar, arrives to appear before the Enforcement Directorate in connection with a money-laundering probe against her father in New Delhi. Photograph: PTI Photo

They said the 22-year-old management graduate was questioned and her statement recorded under the Prevention of Money Laundering Act.

Aishwarya is also understood to have been confronted with documents and statements made by her father with regard to a trip to Singapore they are reported to have made together in 2017, the officials said.

She also submitted certain personal financial documents to the agency.

Aishwarya is a trustee in an education trust floated by her father.

The trust, holding assets and businesses worth crores, operates a number of engineering and other colleges and Aishwarya is the main person behind them, they said.

The former Karnataka minister was arrested by the ED on September 3 and is in the agency's custody.

The central agency in September last year registered a money-laundering case against Shivakumar, Haumanthaiah, an employee at the Karnataka Bhavan in New Delhi, and others.

The criminal case was filed based on an Income Tax Department charge sheet filed against Shivakumar and others before a court in Bengaluru for alleged tax evasion and hawala dealings.

Shivakumar will be produced before a local court here on Friday after expiry of his nine-day ED custody. 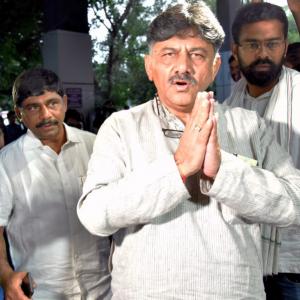 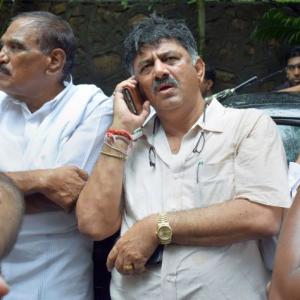