He flew down to Mumbai as a Congress troubleshooter with a mission to save the wobbly coalition government in Karnataka, but minister D K Shivakumar hardly found any support from the Maharashtra unit of his party in his task and was sent packing to his home state. 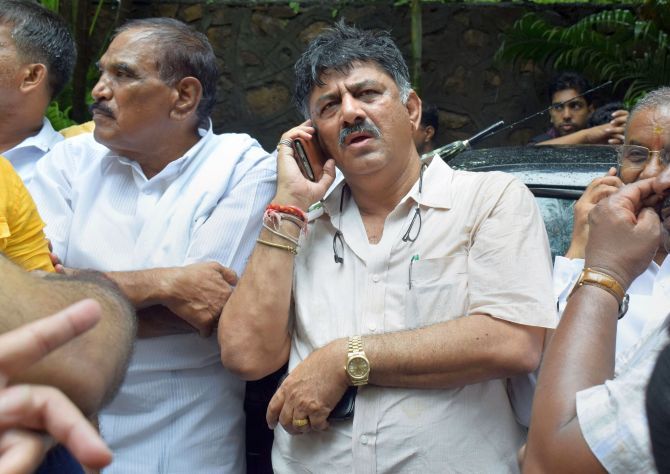 IMAGE: Karnataka Minister D K Shivakumar outside Hotel Renaissance in Powai, Mumbai. Shivakumar, who was accompanied by senior JD-S MLAs, told reporters that he had booked a room in the hotel but was not being allowed to enter. Photograph: PTI Photo

Shivakumar, Karnataka's water resources minister and Congress leader, landed in the financial capital early Wednesday and drove to the luxury hotel where rebel MLAs from his state are stationed.

He was on a mission to woo back the rebel MLAs and save the 13-month-old Congress-Janata Dal-Secular government in Karnataka.

Police prevented him from entering the hotel and his plea that he had booked a room in the suburban property failed to elicit any response from police officials.

Elected representatives of the Maharashtra Congress were busy making veiled attacks against each other while Shivakumar sat precariously on the hotel boundary wall with his feet dangling over a storm water drainage opening after being stopped from going inside.

Just a handful of Mumbai Congress leaders, including Sanjay Nirupam, Milind Deora, Naseem Khan, Ganesh Yadav (city Youth Congress president) and one local corporator, came to meet Shivakumar when he was detained and taken to a guest house in Kalina campus of the Mumbai University.

State-level Congress leaders were conspicuous by their absence and these included some who were hosted by Shivakumar in 2002 when the government of then Congress Chief Minister Vilasrao Deshmukh in Maharashtra was on the verge of collapse. 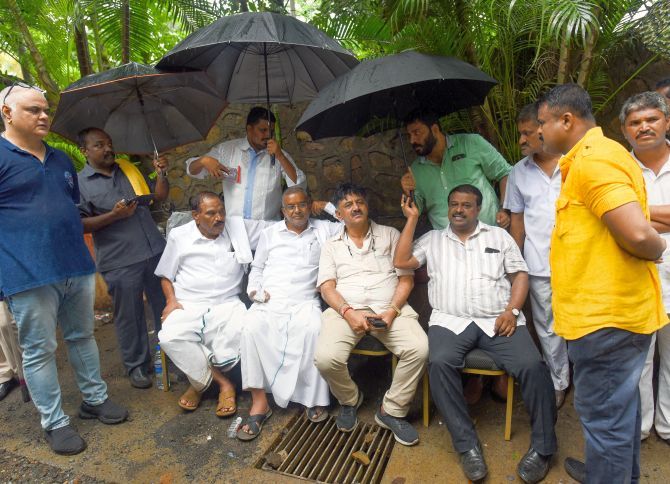 IMAGE: After being refused to enter the hotel, Shivakumar sat outside on the boundary wall, hoping to speak to his MLAs. While he waited, the management of the hotel offered him a few chairs and some hot coffee. Photograph: PTI Photo

Shivakumar, who comes from the Vokkaliga community, was received at the airport by members of an outfit of his community based in Navi Mumbai.

"We came to know that he is coming to Mumbai so we went to receive him at the airport," said a community member who accompanied the minister to the hotel.

"We have a personal relationship with Shivakumar and some MLAs from Karnataka as our forefathers hailed from that state. Some of us still have connection to our villages through relatives and extended families," he said.

Nirupam reached at the gates of the hotel a few minutes before Deora and Khan, a local Congress MLA.

After spending some time with Shivakumar and a couple of his colleagues, Nirupam spoke separately to the media at the hotel as well as outside the Kalina campus where the Karnataka minister was shifted by the Mumbai police. 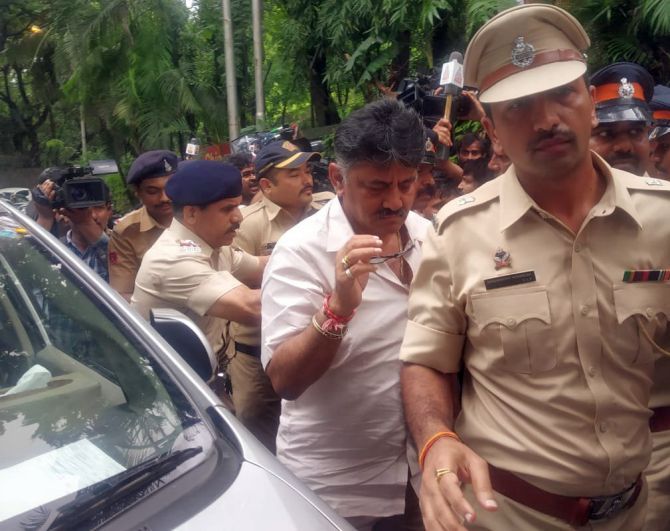 Interestingly, the management of the hotel, after preventing Shivakumar from entering the premises, offered a couple of chairs and hot coffee to him and his aides during their five-hour long wait at the gates.

It has been said that a Bharatiya Janata Party MLC from Maharashtra is facilitating the stay of rebel MLAs at the hotel.

In 2017, Shivakumar had played a key role in Congress leader Ahmed Patel's election to the Rajya Sabha from Gujarat. 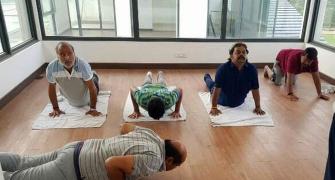 RS adjourned for 2nd day on uproar over Ktaka crisis 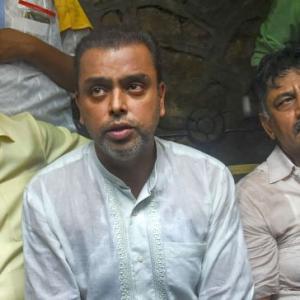