As the longest serving woman chief minister who ruled the city state for three consecutive terms from 1998 to 2013, Dikshit ushered in an era of all-round development that transformed Delhi into a world class capital. 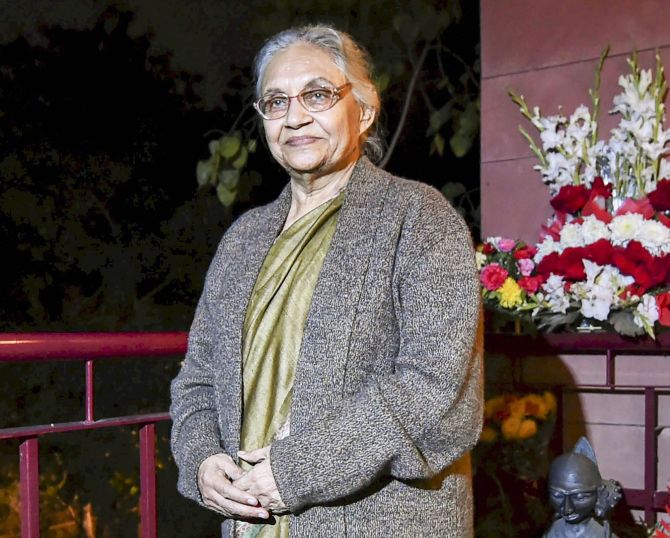 Sheila Dikshit was one of the tallest leaders of the Congress who had the distinction of being Delhi's longest serving chief minister and giving the national capital Delhi its modern look.

A warm and affable politician, she was a loyalist of the Gandhi family.

She was handpicked by Rajiv Gandhi to be part of his council of ministers after he became the prime minister in 1984. She represented the Kannauj Lok Sabha seat then. 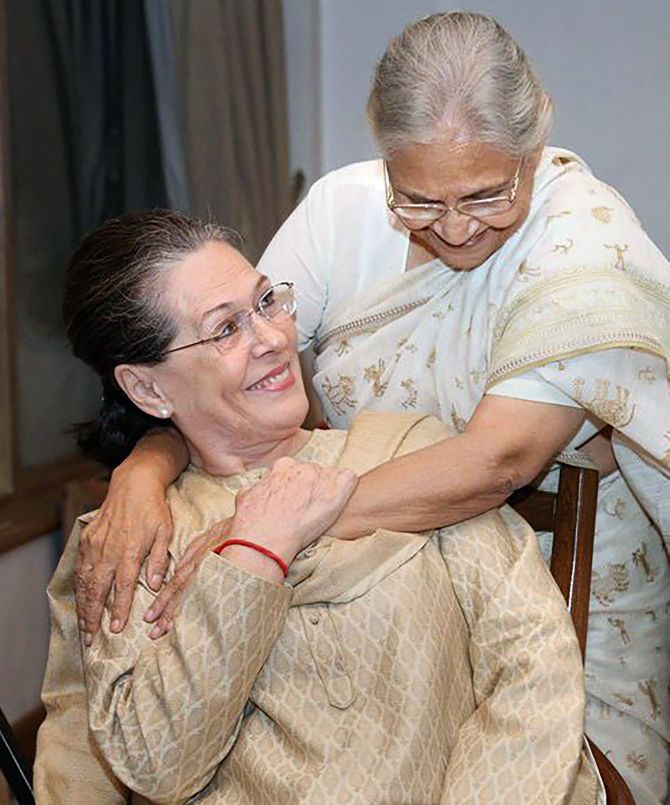 IMAGE: A warm and affable politician, Dikshit was a loyalist of the Gandhi family. Photograph: PTI Photo

For her, politics was not only about jousting for power but also about bonding with people and getting re-energised in the process.

Born in Kapurthala in Punjab to a non-political family in 1938, Dikshit did her schooling from Convent of Jesus and Mary School in the capital and graduated from Miranda House, University of Delhi.

She was married in July 1962 to bureaucrat Vinod Dikshit, whose father Uma Shankar Dikshit was a loyalist of Jawaharlal Nehru and served as a minister in Indira Gandhi's cabinet in 1971 and later became Governor of Karnataka and West Bengal.

As the longest serving woman chief minister who ruled the city state for three consecutive terms from 1998 to 2013, Dikshit ushered in an era of all-round development that transformed Delhi into a world class capital.

She also initiated green reforms in public transport sector successfully accomplishing the shift from polluting vehicles to a CNG based fleet. 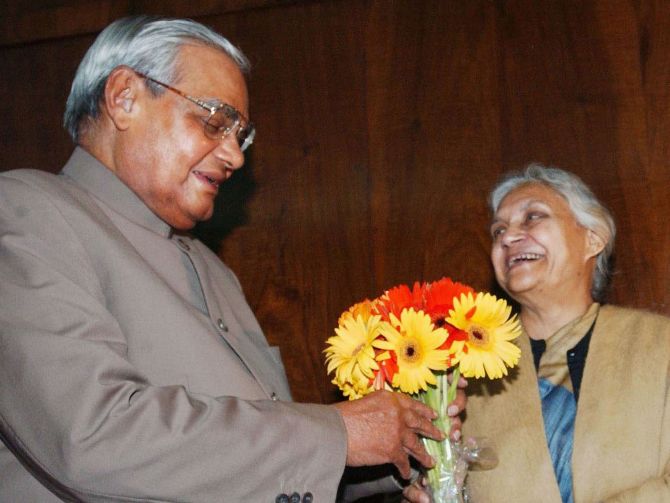 Known for a string of development works throughout her 15-year stint as Delhi chief minister, Dikshit fastened the flagship Delhi Metro project, oversaw the creation of a network of flyovers in a city stressed with high population density and heavy traffic and also led the phasing out of the killer blue line buses, that had claimed several lives on the roads.

Her largely glorious legacy in Delhi was, however, marred by the Commonwealth Games scam as the Bharatiya Janata Party accused her of large scale corruption in several development contracts approved to meet the 2010 Commonwealth Games deadlines.

Dikshit's super political run in Delhi ended in 2013 at the hands of Aam Aadmi Party founder Arvind Kejriwal who defeated her in assembly polls. Kejriwal, the product of the anti- corruption movement led by Anna Hazare succeeded Dikshit as Delhi chief minister.

She sailed through many storms in her long political innings and sought to steer the faction-ridden party out of oblivion after she was made the Delhi Congress chief ahead of assembly polls.

She was again made the Delhi Congress chief just ahead of Lok Sabha election to take the party out of wilderness, but she herself lost the North East seat in Delhi to BJP's Manoj Tiwari and the party drew a drubbing. 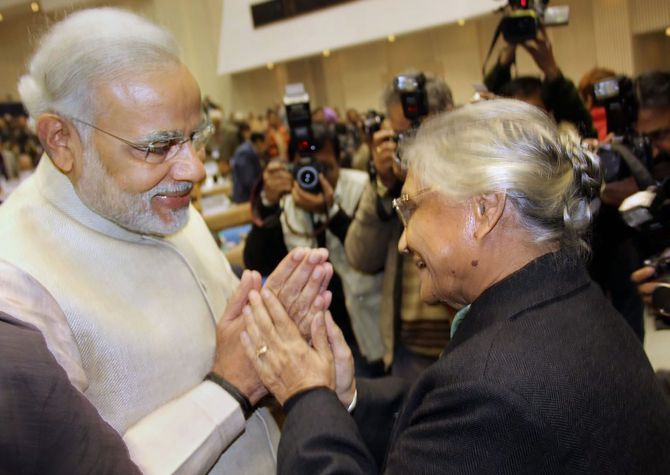 IMAGE: Dikshit with PM Narendra Modi. She was Governor of Kerala for a few months during Modi's first term as PM. Photograph: PTI Photo

Dikshit stepped in to assist her father-in-law and was noticed by Indira Gandhi, who nominated her first as a member of the Indian delegation to the UN Commission on status of women.

In 1989, she lost the elections from Kannauj. Dikshit spent years in wilderness after Rajiv Gandhi's death and returned to the mainstream only after Sonia became the party chief.

She was also projected as chief ministerial candidate in Uttar Pradesh, ahead of 2017 assembly polls, but had to withdraw after the Congress tied up with the Samajwadi Party. 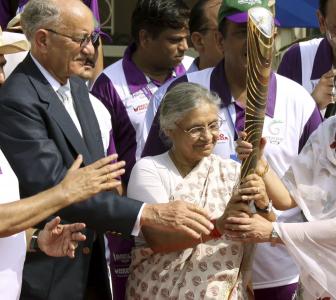 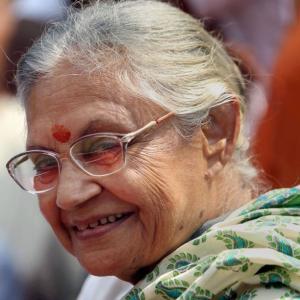