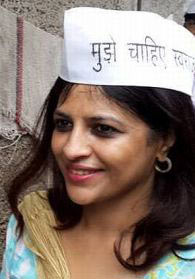 'It has done a disservice to the cause of Muslims... Modi also spoke of Muslims progressing with the Quran in one hand and a computer in the other, which I think is welcome... I wish he had spoken his mind on the issue of communal discord much earlier and shown swiftness in nipping it in the bud,' says former AAP leader Shazia Ilmi.

Shazia Ilmi was one of the Aam Aadmi Party's most visible faces on television until she decided to walk away from the AAP. Ilmi is rearing to take the next step in her journey as a 'political activist.'

In an interview with Rediff.com contributor Upasna Pandey, Ilmi reveals what made her lose faith in the AAP.

Delhi may go to polls anytime soon. Do you think the AAP can reclaim lost ground?

I believe there is too little time for the party to reinvent itself. It will require a lot of honest introspection, perception management and organisational restructuring for the party to gain lost ground.

At the same time, one cannot write off the AAP in Delhi. It has a sizeable support in the lower strata of the society, though the middle class support may have moved on to the BJP (Bharatiya Janata Party).

You decided to quit the party and have now defended Shanti Bhushan for his criticism of Arvind Kejriwal's organisational skills. What went wrong?

Many things did not feel right. The first was taking Congress support to form the government in Delhi and then resigning after only 49 days of being in power.

I got a call from Arvind four days before I quit the party, asking me why I was speaking to the media. He suggested if I was very unhappy with the party, I should leave. Then the AAP dharna happened where I faced police action along with volunteers and workers.

I announced my decision to quit the party after that.

I am willing to lose any number of times in an election for my ideology. I am with the cause of the AAP; not its cult.

For me, it was about issue-based politics, internal party democracy and decentralised leadership.

The AAP is being run by a coterie of people and the leadership has reneged on the core values of the party; they need to pay heed to the voices of discontent within the party.

Fighting corruption was a priority for the AAP. Do you think it remains so now?

Corruption and inner party democracy were the twin pillars of the AAP, and they were fighting against corruption of both a moral and intellectual nature. I think it continues to remain a strong point for Arvind, though the party is being run like a fiefdom.

Which party do you feel ideologically closest to right now? Are you likely to join any party?

I am in touch with two big political parties and a few regional parties too.

But it is difficult to say; I wish political parties walk the talk. I am impressed with Narendra Modi's speech which addressed issues of gender and sanitation, which are close to my heart.

There is also focus on improving the Juvenile Justice Act and other important bills which are coming up. There have been many good promises which have been made, and I hope these are delivered too.

Modi also spoke of Muslims progressing with the Quran in one hand and a computer in the other, which I think is welcome.

I wish he had spoken his mind on the issue of communal discord much earlier and shown swiftness in nipping it in the bud.

Will you contest the Delhi elections, if and when they are announced?

I am not thinking of contesting elections right now, but I will definitely be campaigning for good candidates. I am here to play a role in public life and be a political activist and contribute towards transforming things.

I am unstoppable now. I am not aiming for a Lok Sabha or Rajya Sabha seat, but playing an active political role.

My idealism is deeply hurt, but I am not giving up yet.

How do you see 'Anna' Hazare in today's political scenario?

Anna was seen as the face of a big movement against corruption, but I believe the goodwill has fizzled out. Anna's ideas on changing the polity needed to be more cohesive, do-able and relatable to the public.

What are the issues/areas where you agree and disagree with the Modi government?

I am in agreement with the disciplined way of functioning and governance which the government has demonstrated. I am also pleasantly surprised with the clarity on instructions given to members of Parliament and members of legislative assemblies on the creation of model villages and portable toilets.

The Presidential address after the formation of the new government was one of the best in a long time as it touched on various important issues.

I also believe that the era of minority appeasement has come to an end now, which is a good thing. It has done a disservice to the cause of Muslims.

But I am also disappointed with the way the government has failed to show adequate seriousness on the issue of communal discord. Also, the anti-women comments given by MPs should have been dealt with more strictness, and Modi needs to be more emphatic, clear and quick in his response on this.

The Nirbhaya Fund (a corpus of Rs 10 billion announced by the previous government towards protecting the dignity and ensuring safety of women) should be made functional soon. 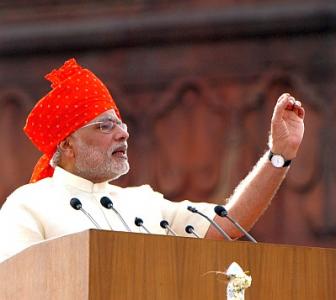 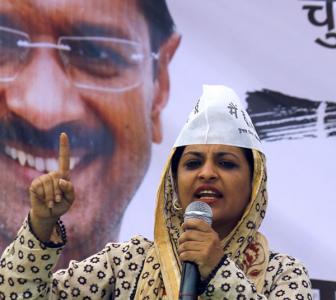 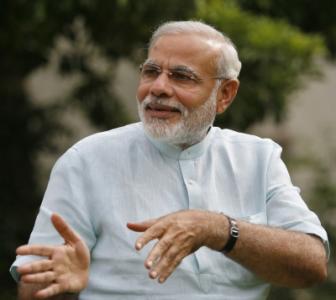 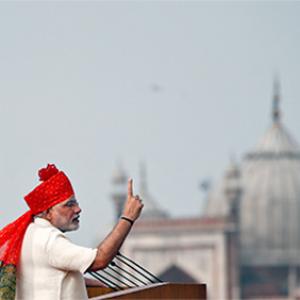