News
Business
Movies
Sports
Cricket
Get Ahead
Money Tips
Shopping
Sign in  |  Create a Rediffmail account
Rediff.com  » News » 'Don't make the mistake of writing me off'

'This victory is a tight slap on the face of those who were eager to write me off.' 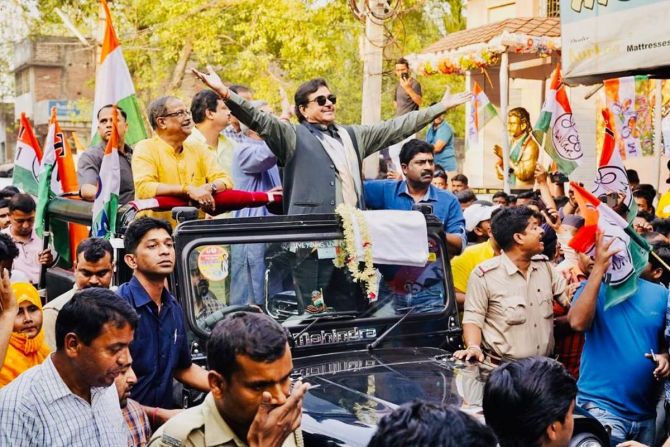 Shatrughan Sinha's victory for the bypolls to the Asansol Lok Sabha seat is certain.

"It is a far bigger lead than the earlier candidate from the BJP who won the last elections from Asansol," Shatrughan Sinha tells Subhash K Jha on Saturday afternoon.

"Did I expect this victory? I would be lying to you if I said I did not. All credit must go to Mamta Banerjee's cadre of foot soldiers and her power among the people of West Bengal.

"Those who are in a hurry to write her off should stand back and reflect. She is gaining more trength with time. That goes for me also.

"Do not make the mistake of writing me off. This victory is a tight slap on the face of those who were eager to write me off," says Shatruji .

Cheering crowds and noises of victory could be heard in the background as we spoke.

"It feels good to be in a party ruled by a woman. Whether it is my home or politics, I've always enjoyed being dominated by women," Shatruji quips.

Shatruji sees himself as the master of reinvention.

"I started my film career with cameos. I moved to playing the main villain. Then I reinvented my career as a leading man.

"After I joined politics I started as a loyal soldier of India's biggest action hero the honourable Narendra Modi. Now I am with Mamata Banerjee. I intend to spend a lot of time in Asansol or wherever she wants me to be."

But at heart he admits he is still a Bihari Babu.

"My heart beats for Bihar. My ties with my home state remain the same, in fact stronger now than ever before, as Bihar and Bengal are siblings." 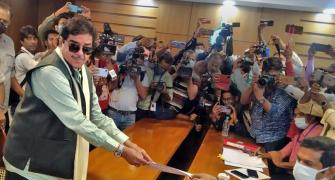 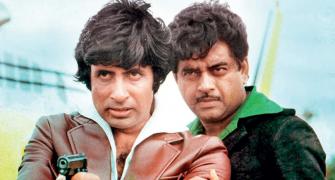 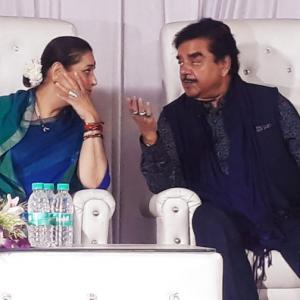 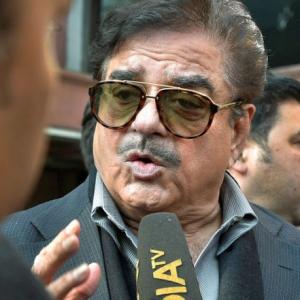