A brother of Sharjeel Imam was picked up by the police early on Tuesday in fresh attempts to trace the anti-Citizenship Amendment Act activist, who has been slapped with sedition cases lodged across several states for his alleged "inflammatory" speeches. Police officials were tight-lipped about the issue and Superintendent of Police, Jehanabad, Manish Kumar said, when approached with queries, "There are some developments taking place and we will give details at an appropriate time."

However, residents of Malik Tola locality in Kako police station area of the district, where Imam’s ancestral house is situated, claimed that a heavy police contingent had raided the premises at about 4 am from where they took into custody Muzammil Imam, the younger brother of the JNU research scholar and another person, who have been taken to an undisclosed destination for questioning.

The police had raided Imam's ancestral home on Sunday night after "help was sought by central agencies".

Said to be in his early 30s, Sharjeel Imam has a degree from IIT Mumbai and later moved to Delhi for pursuing research at JNU’s Centre for Historical Studies.

He had been involved in organising the protests at Shaheen Bagh but came into limelight after a video clip went viral wherein he could be heard making some disturbing comments while addressing a gathering at Aligarh Muslim University, following which he was booked under the sedition charge in the UP town.

The Delhi police claimed he had given an "inflammatory" speech earlier on the Jamia Milia Islamia campus and lodged an FIR against him in the national capital.

Besides, another case was lodged under the stringent anti-terror law against him in Assam, taking cognisance of Imam’s remark that Assam could be "severed from India, even if for a few months" as a result of the Citizenship (Amendment) Act.

Police in Manipur and Arunachal Pradesh had also lodged FIRs against the JNU scholar, over his speech in which he threatened to "cut off" Assam and the northeast from the rest of the country.

His mother had appeared before the media and claimed that her son was "not a law-breaker and would surrender to the investigating agencies" and that he had been in favour of "calling off" the agitation at Shaheen Bagh, which has been in news for 24X7 protest, mostly by women. 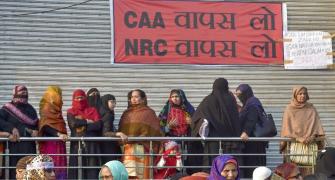 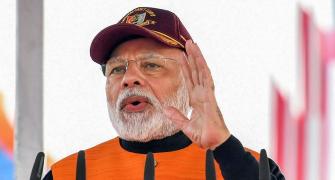